Madad Aik Ibadat: Why Surf Excel’s new Ramazan campaign is a cut above the rest 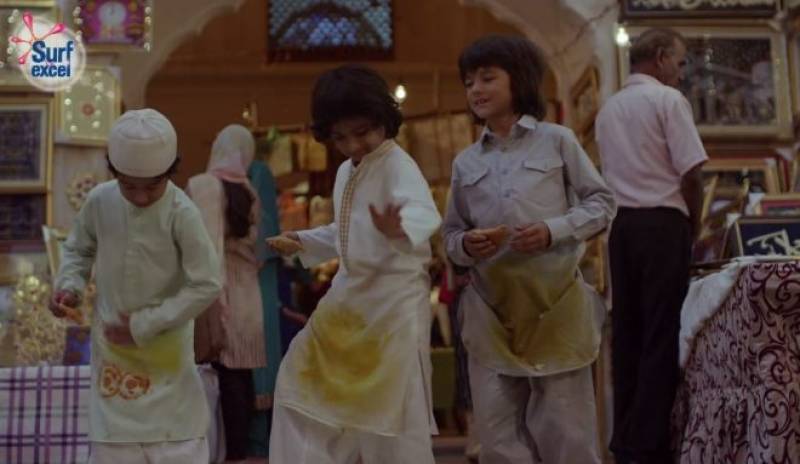 Ramazan, aside from being a month of blessings, has become a major event in Pakistan’s advertising scene. From special Ramazan offers to advertisements that appeal to our emotions, advertisers pull out all the stops in this month, every year.

It is no wonder that many of us have become desensitized to such campaigns. Fortunately, there is new hope for those of us who have grown tired of seeing the same kind of Ramazan advertisements each year.

Surf Excel’s Madad aik Ibadat campaign stands a cut above the rest. While other campaigns try to slip in information about a change in the product or its price alongside all that feel-good Ramazan sentiment, Surf Excel’s campaign is committed to making an actual difference.

Under the campaign, dozens of “Shelters of Kindness” have been set up around major cities to encourage people to donate old clothes to the needy. And the best part: the clothes will be washed and dried before being handed out, saving you the trouble of doing this yourself.

The campaign also encourages children to help others, in a bid to spread the true spirit of Ramazan among our future leaders. And it rewards parents with special prizes for sharing inspiring stories of how their kids have helped others this Ramazan.

But the centerpiece of Surf Excel’s campaign, a touching and inspirational advertisement, takes the spirit of helping others in Ramazan to a whole new level.

The ad begins with a spirited young boy Amaan being sent out by his mother in a brand new kurta. He begins chatting to a couple of friends he meets out on the street, but soon grows quiet when he sees a white-bearded samosa and jalebi vendor whose cart is stuck in a pothole on the street.

The kids rush to assist the old man, but struggle to make his cart budge. Suddenly, Amaan grabs a number of samosas from the cart and carries them off into the oncoming crowd using the front of his kurta like a bag.

Taken aback, the old street vendor goes after Amaan. When he catches up, he finds the boy trying to sell the samosas to other people on the street. The old man joins in to help by collecting the money. Soon, Amaan’s friends get in on the act, and in almost no time, the old man’s cart is virtually sold out. The few goodies left, he gifts to Amaan and his friends, who have stained the entire fronts of their kurtas in their effort to help the old man.

Suddenly, Amaan’s mother shows up on the street and stares straight at her son, who looks at his stained kurta and expects to be scolded. But his mother breaks out into a smile instead, driving home the message that it’s okay get your clothes dirty while helping others, which is a form of worship in itself.

Throughout the advertisement, there is no mention of why we should buy Surf Excel. Clearly, the main purpose of the advertisement is not to shift product. Highlighting the power of small, helpful gestures seems to be the ad’s main purpose, and this is what sets it a cut above other Ramazan promotions.

As the month of Ramazan becomes ever more commercialized, we are quickly losing sight of its spirit. This is why it is so heartening to see a commercial venture like Surf Excel’s Madad Aik Ibadat campaign injecting the spirit of giving back into our collective Ramazan.

Hopefully, this message will ring out above the din of the usual Ramazan advertisement fare.

If you already feel inspired by this message, you can donate at the Shelter of Kindness. Find out where your nearest Shelter is by visiting www.surfexcel.pk or texting "madad ek ibadat" to 8398 and do your part in making this Eid more special for the less privileged.