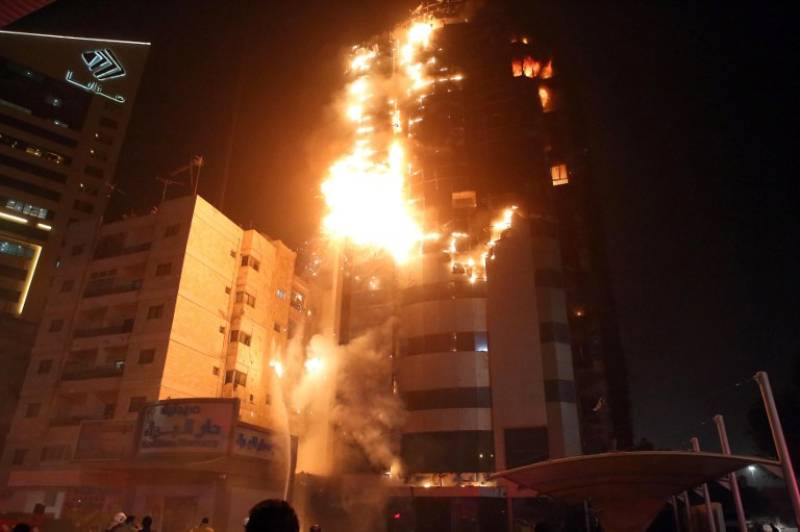 FRAWANIYA/MIAN CHANNU: At least nine workers were killed and 12 others wounded in a fire at an old building used to house migrants on Thursday.

According to Kuwait's Health Ministry, all the victims were of Pakistani or Indian descent. At least five of the injured were in critical condition.

Family sources at Mian Channu confirmed that Muhammad Asif, his mother, his wife, two sons, two daughters, one nephew and sister in law are among the deceased. Asif's brother Tariq has been admitted to the hospital.

According to the family, the fire erupted due to a short circuit in the building.

The ill-fated family has been living in Kuwaiti city Farwaniya for the last fifteen years.

Expatriate workers, mostly from the Pakistan and India, make up about 70 percent of petroleum-rich Kuwait’s 4.3-million population.

The oil-rich Gulf state has received increasing amounts of flak in recent years for the conditions in which it houses migrant workers. Criticism of the country has been especially loud since reports came to light that scores of migrant workers were dying in their quarters or on work sites.

Over the past two years, the influx of migrant workers into Kuwait has skyrocketed in preparation of 2020 World Cup in the country. The Gulf state has earmarked a number of stadiums and other sports facilities for construction.