Obama, Hillary to jointly campaign in North Carolina next Tuesday 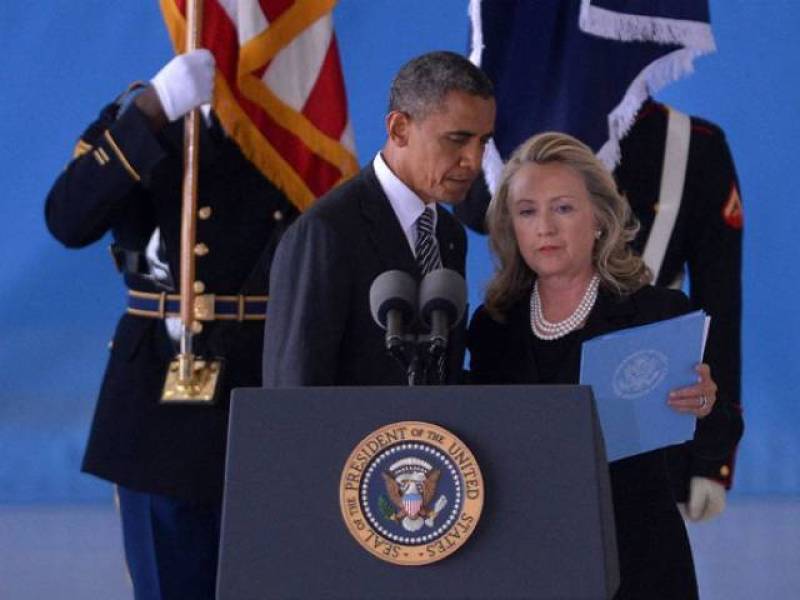 WASHINGTON: US President Barack Obama and likely Democratic presidential hopeful Hillary Clinton are set to jointly campaign for the first time on Tuesday, next week.

According to a statement issued by Hillary's campaigners: "Both leaders will visit Charlotte, North Carolina to discuss building on the progress we’ve made and vision for an America that is stronger together."

Previously, the joint campaign of Barack Obama and Hillary Clinton for the 2016 election was scheduled for June 15 in Wisconsin. However, the gay nightclub shooting in Orlando, in which 49 people were killed, pushed them to cancel the event.

President Obama endorsed Hillary Clinton for the 2016 presidential election on June 9, ending his months-long neutrality in a video statement.

Obama said: "I don’t think there’s ever been someone so qualified to hold this office, I’m with her, I am fired up, and I cannot wait to get out there and campaign for Hillary."

In 2008, Barack Obama defeated Hillary Clinton to become Democrat nominee for the presidential elections. Hillary became Secretary of State during the first tenure of the Obama administration.