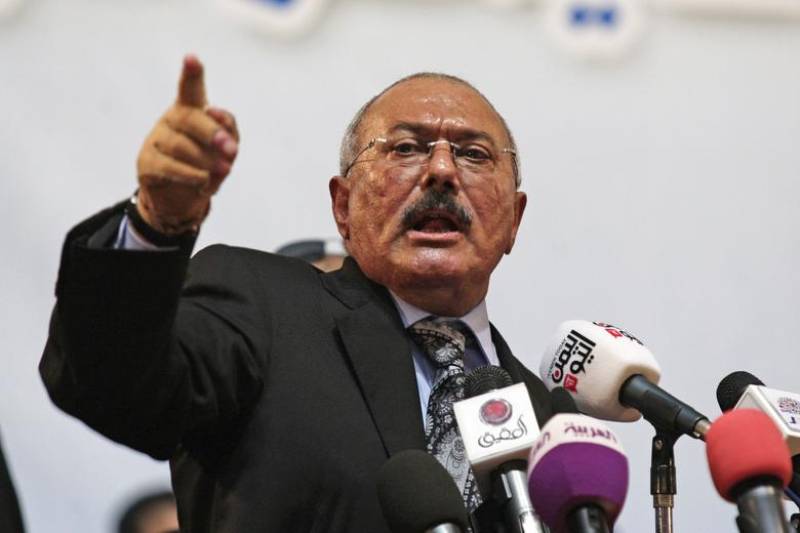 YEMEN: Former Yemeni president Ali Abdullah Saleh has accused the US and Israel of using the Wahhabi threat to achieve colonial purposes. He further accused Washington of aiding Saudi Arabia with intelligence and providing weapons to rebels in Yemen.

Saudi Arabia’s assault against Yemen is in fact the assault of Wahhabi terrorists and Wahhabi terrorism had assaulted Yemen even before the establishment of Al Saud regime, Saleh said.

Saudi Arabia started its military offence against Yemen - without a UN mandate - in an attempt to sabotage the Houthi Ansarullah movement and restore power to Hadi, who is a staunch ally of Riyadh.

Although Mr. Saleh was engaged in fight with Ansarullah, he later started cooperating with the movement following the Saudi invasion.

Yemen’s former president also claimed that Saudi officials had tried to bribe him in a failed attempt to entice him to form an alliance against the Houthi Ansarullah movement.

"The former Saudi ambassador to Yemen came to me with a message from the kingdom asking me to stand by (Yemen’s former fugitive president, Abd Rabbuh Mansour) Hadi… against the Houthis,” Saleh stated in an interview with the al-Mayadeen television channel, aired on Friday. "They told us 'we'll pay you millions of dollars if you ally with us."

Saleh stated that he rejected the offer to exhibit his support for “national unity for all political forces in Yemen."

The former Yemeni president maintained that there were some “administrative” differences between his political party and the Houthis during his time in power, but vowed that he would not “let go” of Ansarullah fighters despite the disagreements.