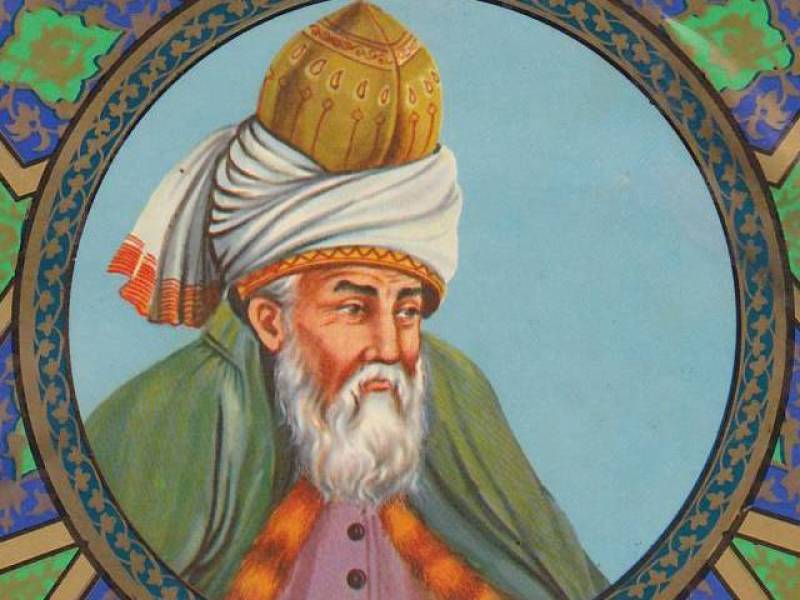 KONYA: Just as Hollywood is set to produce a biopic featuring Leonardo DiCaprio as the celebrated mystical poet Rumi, Afghanistan, Turkey and Iran have recently entered into a tug-of-war over the heritage of legendary mystic.

According to reports, Tehran and Ankara had earlier approached the United Nations to register the works of Rumi as their joint heritage under its "Memory of the World" project. However, Kabul has denounced the move and staked its claim on the 25,600 verses of "Masnavi-i-Ma’navi".

Masnavi is Rumi's most read collection of writings, that has become a best-seller in the United States and the rest of the world. It has so far been translated into over 23 languages.

In a statement, the Afghan Ministry of Information and Culture claimed that Rumi was born in Balkh in Afghanistan, adding that the country has a better claim to the poet than Iran and Turkey.

Earlier, Afghanistan, Iran and Turkey had together marked the 800th birth anniversary of Rumi along with UNESCO in 2007.

In the same event, UNESCO honored Rumi with a medal of honour for his services while citing famous couplet: "I do not distinguish between the relative and the stranger."