Trial By Combat: Did it really ever happen in history? 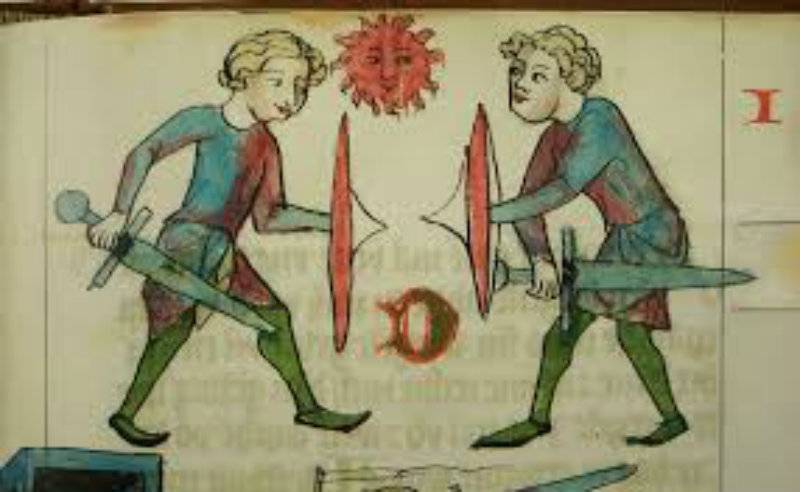 We all have heard ancient folk stories recalling the battles fought for the protection and restoration of truth and honor.

From the Epic of Gilgamesh and Biblical stories of Philistines and Israel  to HBO's Game of thrones, almost all fictional and allegorical stories have depicted the practice of "trial by combat" in the most romanticized style.

Interestingly, trial by combat is not merely historical fiction or a mere invention of George R.R. Martin or other fantasy writers. Trial by "battle" was a solution under English common law and by extension American common law.

Despite the early origins of tribunal courts and judicial systems, which were based on rationality and reasoning, the practice of 'Trial by combat' existed in some Germanic tribes. It was in use among the ancient Burgundians, Ripuarian Franks, Alamans, Lombards, and Swedes.

It can be dated back to 700 AD where it was a customary practice among Germanic tribes. It flourished in the Middle Ages as part of common law and was officially sanctioned by the Holy Roman Empire. It was even practiced during the eighteenth and nineteenth centuries in Great Britain. For instance, in 1818, a British court ruled that a defendant accused of murder could invoke his right to trial by combat even though the practice had ceased to exist centuries ago. The defendant was deemed innocent when his opponent failed to show up for the fight.

Some Americans argue that the practice is still legal in the United States, though there isn't any recorded instance of trial by combat in the United States' modern history. However, a British man tried to invoke his “ancient right to trial by combat” in 2002 to avoid paying a £25 fine for a traffic ticket. The man argued in front of a British court that his right to fight a champion nominated by the Driver and Vehicle Licensing Agency was still valid under European human rights legislation. He offered to take on the clerk with “Samurai swords, Ghurka knives, or heavy hammers.”  Court Magistrates for the town of Bury St. Edmunds disagreed, fining him £200 with £100 in court costs.

The practice is regulated in various Germanic legal codes and in England it was promoted by William the Conqueror. The practice was invoked in three types of situations, The most common use was in to resolve land disputes. According to the economics professor Peter T. Leeson of George Mason University the trial by battle in this situation was a perfectly rational and economically efficient way of managing such disputes as there were "champions for hire". Some were better and more expensive than others. How much money you were willing to pay for your champion probably roughly coincided with how much the extra property was worth.

The second situation where trial by battle was invoked was in courts of chivalry over disputes of honor, while its third area of use was in the criminal context.

The Lex Alamannorum (dated to 712–30 AD) stipulates a trial by combat in the event of two families disputing the boundary between their lands. A handful of earth taken from the disputed piece of land is put between the contestants and they are required to touch it with their swords, each swearing that their claim is lawful. The losing party is required to pay a fine.

In 967 Otto the Great expressly sanctioned the practice in Germanic tribal law. The case of Gero, Count of Alsleben, is a good example. Hans Talhoffer in his 1459 Thott codex names seven offences that in the absence of witnesses were considered grave enough to warrant a judicial duel, including murder, treason, heresy, desertion of one's lord, "imprisonment", perjury/fraud and rape.

In their book, History of Criminal Justice, Mark Jones and Peter Johnstone explain that trial by battle was used when the accuser and criminal defendant were both private parties.

The practice of trial by combat remained in use throughout the European Middle Ages and gradually disappeared over the course of the 16th century.