Chaudhry Nisar jumps into 'jeep' for election race against PML-N 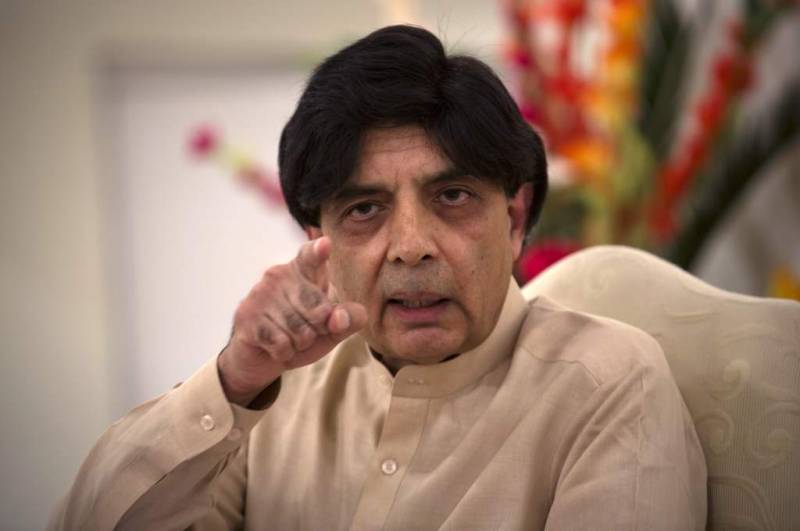 Returning Officer Shabrez Akhtar Raja allotted the ‘jeep’ as the electoral symbol as it was requested by the former interior minister.

Chaudhry Nisar, who was among the founding members of the PML-N, decided to take part in elections as an independent candidate after his differences widened with the party following the fomer prime minister Nawaz Sharif's anti-judiciary and establishment rant.

The estranged leader of PML-N will be contesting from constituencies NA-63, NA-59, PP-10 and PP-12. He has been taking part in elections as an independent candidate in the past for provincial assembly seats.

But, he is contesting elections for the National Assembly seat as an independent candidate for the first time since he joined the PML-N. In NA-59, he is being faced by PML-N candidate, Raja Qamarul Islam, who is in custody of the National Accountability Bureau (NAB) in the Saaf Pani case.