Can Pakistan military collaborate with PTM? 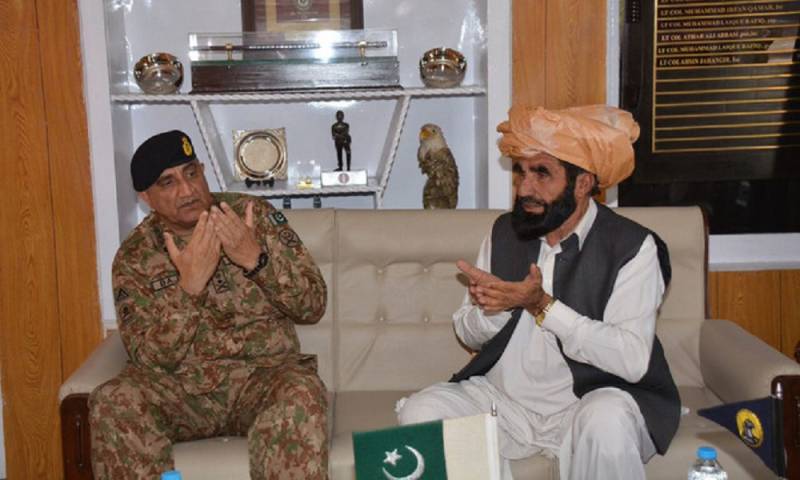 Pashtuns, the second largest ethnic group of Pakistan, were known for its hospitality, firm words, and fun in their circles. But the last four decades have adversely shifted their identity as an image of extremism and terrorism. This new image also brought generational harm, severe trauma, and loss of loved one’s lives. All this started with their hospitable values that could not figure out what they are welcoming in their communities in the 1970s and how their future will look like.

The military operations in tribal areas further pushed Pashtun youth to the margins of extremism and violence victimization as they got blank on which state they belonged to. Their realization of being suffered for decades came out in 2018 through the prominence of the Pashtun Tahaffuz Movement (PTM), a nonviolent group of young Pashtuns asking for justice to Pashtuns and their region. PTM built their narrative on all the acts of state negligence, military behavior, and severe underdevelopment. Its primary standpoint is against the Pakistan army claiming it the sole responsibility for all the sufferings Pashtuns have been facing for decades. But the Pakistan army has always not only rejected PTM’s claims but named it as a foreign agenda to destabilize the country.

Though the PTM, that claims to be representative of tribal Pashtuns, and Pakistan army have their narratives at the opposing ends, security, and human development indicators in Pashtun tribal areas (ex FATA) clearly guide the fact. There, 70 percent of Pashtuns live in extreme poverty, the infant mortality rate is highest, literacy rate is 30 percent, and 10 military operations have shattered social and physical infrastructure.

Let us not engage here to discuss who is the culprit, but can both parties - PTM and Pakistan army - collaborate in the greater interest of Pashtun people? Certainly, many options can be identified if both parties are equally interested in the common goal of Peace for Pashtuns. A nonpartisan negotiating party, a group of Pashtun elders along with civil society observers, can be identified to initiate the collaborative change process starting from public Jirga hearings. The nonpartisan negotiating party must have such members who have an influence on both sides and are interested in bringing peace and development in the region. These hearings must have the participation of victim families to hear their stories of trauma and violence over their lifespan. They must have guaranteed security of not being further victimized for sharing their sufferings and defining their culprits.

This step will help to identify and collect evidence-based findings to be utilized in the next level in the collaborative change process, i.e. stakeholder dialogue series. The nonpartisan negotiating party should take the lead at this level to organize the dialogue series based upon findings of public hearings. It will be the most crucial step to narrow down the stories and incidents of Pashtuns’ grievances and trauma to help design the collaboration between PTM and Pakistan army in the greater interests of Pashtun people.

It should take the bottom-up approach and there must be no involvement or reflection of power factors by any of the stakeholders. When the dialogue series gets shaped into recommendations for change, a thorough review should be conducted to design a collaborative change process and its implementation plan. The nonpartisan negotiating party should bear no influence at this stage - neither any stakeholder should try to influence them - to jeopardize the processor design biased recommendations. Pakistan army and Pashtuns must have confidence and trust in the negotiating party, in observance of international humanitarian missions like the UN, and bound to follow the proposed plan and process for change.

The above discussion seems very ambitious in the context of Pakistan, but it has to be started from somewhere. Turning blind eye to the facts on Pashtuns’ sufferings and playing blame games are in the interest of certain stakeholders but devastating for Pashtun people. Since Pashtuns have finally realized their sufferings, the state should also realize now to redress their grievances by seeking forgiveness, offering reparations, ensuring security, and building equitable collaboration for peace in tribal areas.

The author is a graduate of Eastern Mennonite University in the USA, and Atlas Corps’ alumnus of the U.S. Department of State’s EGLI. He can be reached at akramuhammad1@gmail.com