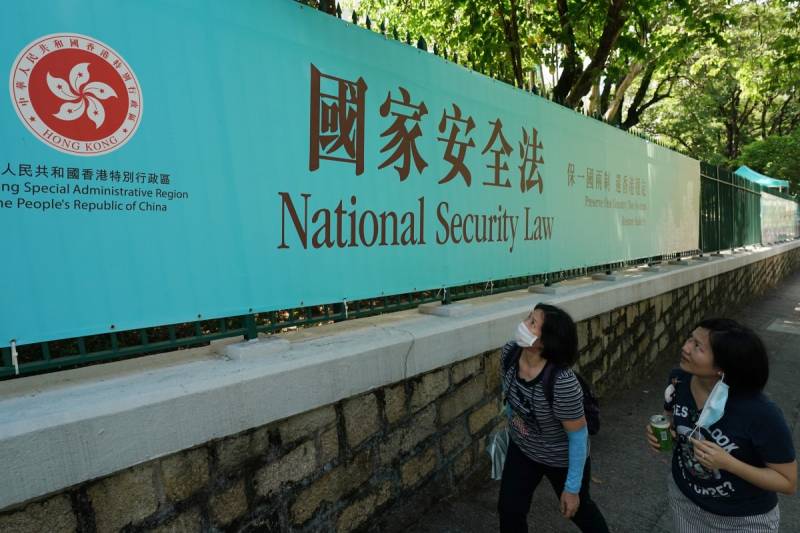 BEIJING – Chinese lawmakers Tuesday voted unanimously to adopt a security bill for Hong Kong which aims at safeguarding national security by curtailing secession, subversion, terrorist activities, and collusion with a foreign country or external elements in the region.

The lawmakers gave assent to the bill at the 20th session of the Standing Committee of the 13th National People's Congress (NPC), China's top legislature.

President Xi Jinping has also signed a presidential order to enforce the law, which will also be included in the Hong Kong constitution, in the region.

The new bill emphasizes on improving the legal system and enforcement mechanisms in the region while maintaining its high degree of autonomy under the principle of "One Country, Two Systems."

"In view of the increasingly pronounced national security risks faced by the Hong Kong Special Administrative Region (HKSAR), the enactment of a national security law at the state level is both necessary and urgent in order to plug the loophole in national security in Hong Kong," said Chief Executive Carrie Lam in an official statement, released hours after the passage of the legislation.

Japan, UK, European Union and Nato have expressed concern and anger over the passage of the law.

UK Foreign Secretary Dominic Raab called on the China to revert the action and respect the rights of Hong Kong people.

Raab said: "The success of Hong Kong, the entrepreneurial spirit, the vibrancy, the economic success, has been built on its autonomy in 'one country, two systems'... That clearly is at threat."

European Council head Charles Michel said: "It risks seriously undermining the high degree of autonomy of Hong Kong and will have a detrimental impact on the judiciary and the rule of law and we deplore this decision."

Nato Secretary-General Jens Stoltenberg said: "It is clear that China does not share our values - democracy, freedom, and the rule of law."