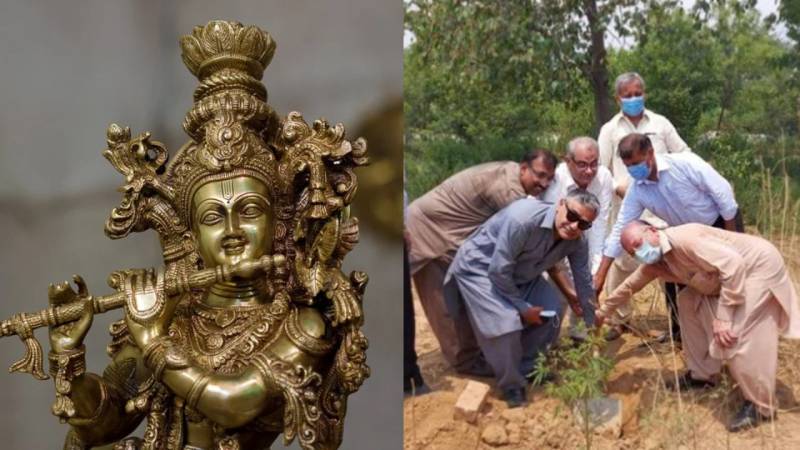 ISLAMABAD - A bench of the Islamabad High Court (IHC) Tuesday rejected a plea seeking a stay order against the construction of a temple for Hindu community in Sector H-9 and sought comments from Capital Development Authority (CDA) on the matter.

The court said minorities' rights were protected in the Constitution and it must be cared. The court, however, directed the civic body to explain that whether the temple in Sector H-9 was part of the CDA's master plan or not.

At the outset of hearing, the petitioner adopted the stance that there was already a temple existed in Saidpur Village and it could be renovated further.

He pleaded the court that the land allocated for temple in Sector H-9 was a violation of CDA's master plan, adding there was no Hindu community residing around this sector.

He prayed the court to stop the temple's construction and declared it as null and void.

He said if the temple was constructed then the other minority communities could make the same demand on the same grounds.

The court rejected the stay order request and sought reply from the CDA.

Last week, construction of the temple in capital city began, fulfilling a long-standing demand by the minority community.

The site of the Shri Krishna Mandir (temple) complex, will include a crematorium, accommodation for visitors, a community hall and a parking space spread across an area of 4 kanals.

The plan was approved in 2017 during the Pakistan Muslim League-Nawaz’s tenure but its construction had been delayed for various reasons.