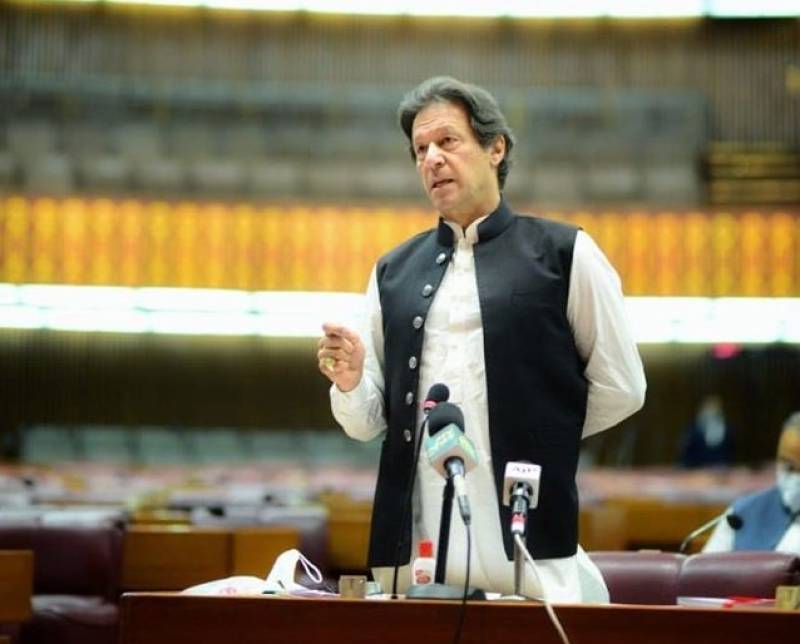 ISLAMABAD – Prime Minister Imran Khan Tuesday vowed that elements involved in plundering and looting the public money will face the full weight of law no matter how much political pressures they exerted on his government.

Addressing the concluding budget session of the National Assembly, he also expressed his resolve to transform the country on the pattern of State of Madina.

The premier said the authority vested with a person like him was a temporary thing, but the adherence to lofty ideas and continuation of struggle were key to surmount all ordeals.

Coming hard upon the opposition parties, the prime minister wondered why they had been opposing his government as some among them were claiming of being 'liberals' while the others were brandishing their 'religious' clout. They had only one agenda to cover up their corruption.

"They are out to pull down the government so that their misdeeds of corruption and graft should not surface. They have such fears lurking in their minds," he said declaring that no one could pull down his government unless they stood by their stance and principles.

"The ups and downs are common spectacles in one's long and hard struggle, but one should not surrender one's aims and ideas," he stressed.

The prime minister said he lived in his own house and was bearing all his domestic expenditures without fear of losing the office.

The opposition's hopes of 'minus one' could not succeed, and in case he did not remain in office, the other members of his party (Pakistan Tehreek-e-Insaf) would not spare those elements tainted with corruption and money laundering cases, he added.

While about Khawaja Asif's criticism, he said the Pakistan Muslim League-Nawaz (PML-N) leader was serving in a foreign company at a time when he was serving the country as a foreign minister.

The governments of Asif Ali Zardari and Nawaz Sharif, he added, had eroded the morality of the country with their rampant and teeming trails of corruption.

The prime minister said the opposition parties were hoping to get any NRO (National Reconciliation Ordinance) like legislation to evade legal proceedings, but they would not get any as the two NROs granted by Musharraf in the past had caused irreparable losses to the country and destroyed the very fabric of society.