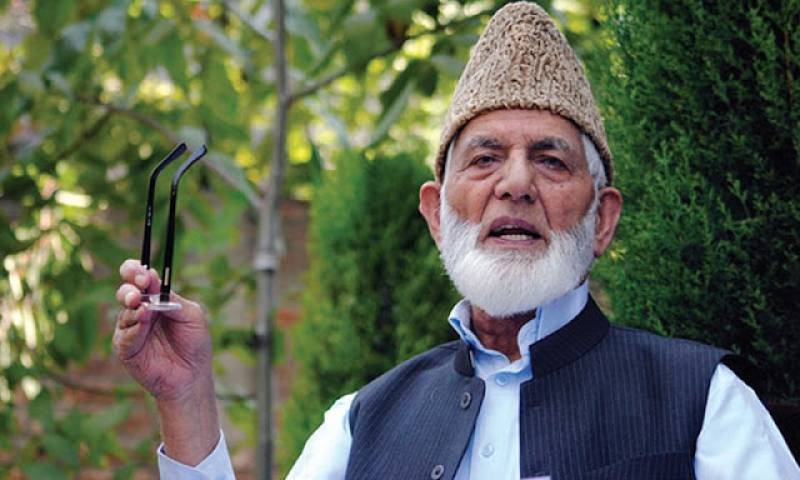 SRINAGAR – Kashmiri leader Syed Ali Shah Geelani has resigned from his post as chief of the All Parties Hurriyat Conference, naming Abdullah Geelani as his successor.

The ailing 90-year-old leader, who has been under house arrest for the better part of the past decade, said in a purported audio clip: “I completely distance myself from the leadership of Hurriyat Conference in view of its present situation. All constituents of the forum have been informed about my decision through a detailed letter.”

The primary reason behind his decision, as cited in the letter, appears to be a few decisions taken by the Azad Jammu and Kashmir-based chapter of the Hurriyat Conference. 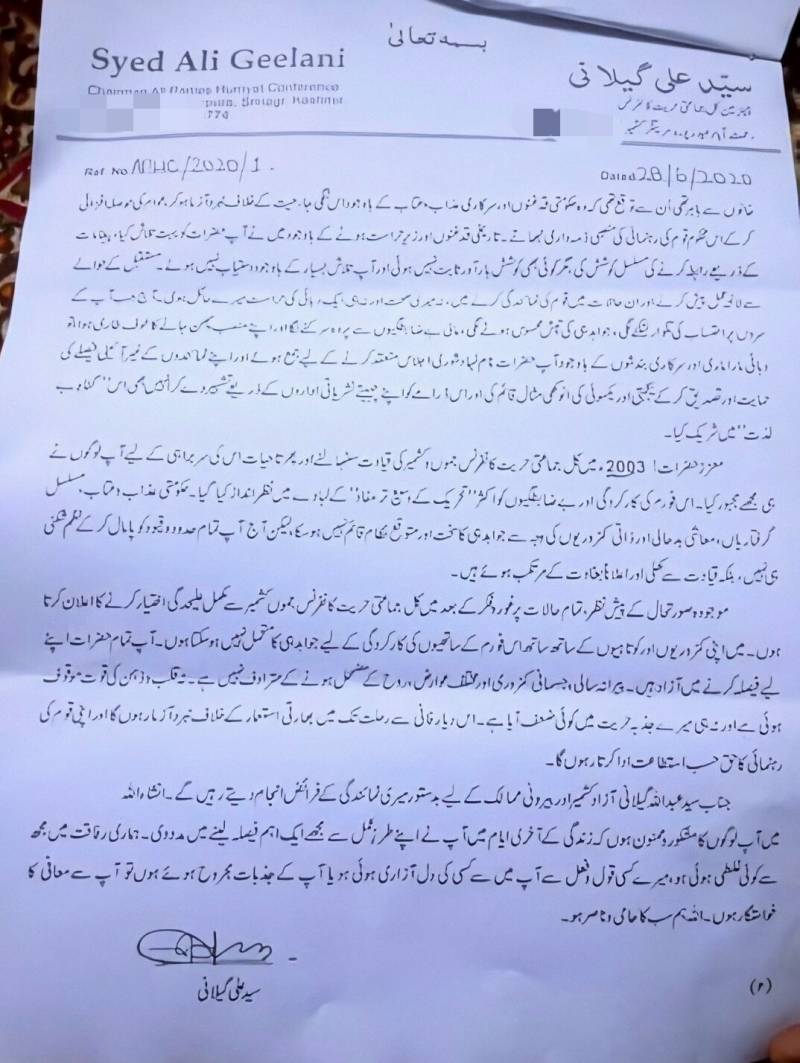 In his tweet Tuesday, Gilani rubbished the Indian media’s propaganda against him and said that his commitment to the freedom struggle runs through his blood and there is no force on earth that can keep him away from protecting the cause of the Kashmiri martyrs.

It is in response to the fake propaganda of Indian Media and conscious less elite, let me clarify that my separation from APHC doesn't mean my separation from the sacred movement of right to self determination. @narendramodi #Kashmir

Syed Ali Geelani has been a member of the Hurriyat since its formation in 1993 as a political arm of the anti-India movement. He was elected its chairman for life in 2003. Hurriyat Conference (Geelani) has more than 24 constituent parties, some of which have only a handful of members.

Another faction of Hurriyat Conference is led by Mirwaiz Umar Farooq, who has been under house detention since August 5 last year.