At least 233 succumb to deadly heatwave in Canada 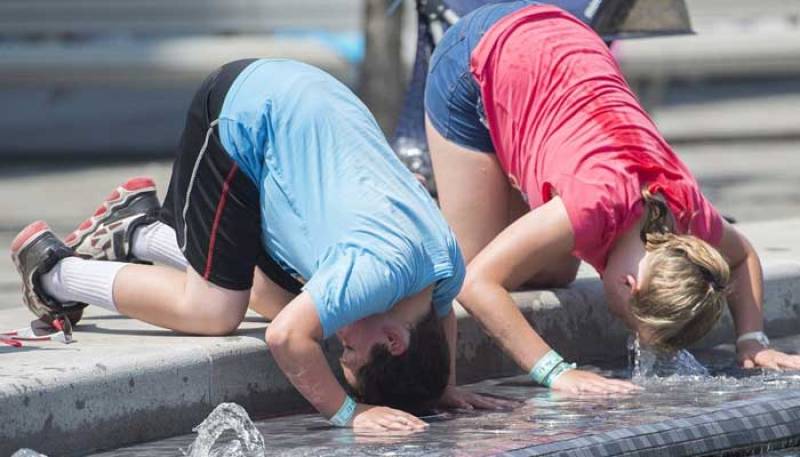 VANCOUVER – A recent heatwave that has settled over western Canada for several days is believed to be a key factor in scores of sudden death.

So far at least 233 people succumbed in the West coast province between Friday and Monday, about 100 more than the average for a four-day period, and the number was expected to rise as more reports were filed, officials said.

Since the start of the heatwave late last week, a fact-finding agency, BC Coroners Service, has experienced a significant increase in deaths reported where it is suspected that extreme heat has been contributory.

The officials are now gathering information to determine the cause and manner of deaths and whether heat played a role, a statement of BC Coroners Service said.

The record-breaking heatwave could ease over parts of British Columbia, Yukon, and the Northwest Territories by Wednesday, but any reprieve for the Prairie Provinces is further off.

The police department in parts of the country redeployed dozens of officers and asked the public to call 911 only for emergencies because heat-related deaths had depleted front-line resources and delayed response times.

KARACHI – The Met office on Saturday recorded the temperature in Karachi at sizzling 44º Celsius in the ...

Canada, which is widely known for its brutal winter and snows, in a twist records a new high temperature of 118 degrees. Meanwhile, British Columbia closed schools and universities as temperatures soared.