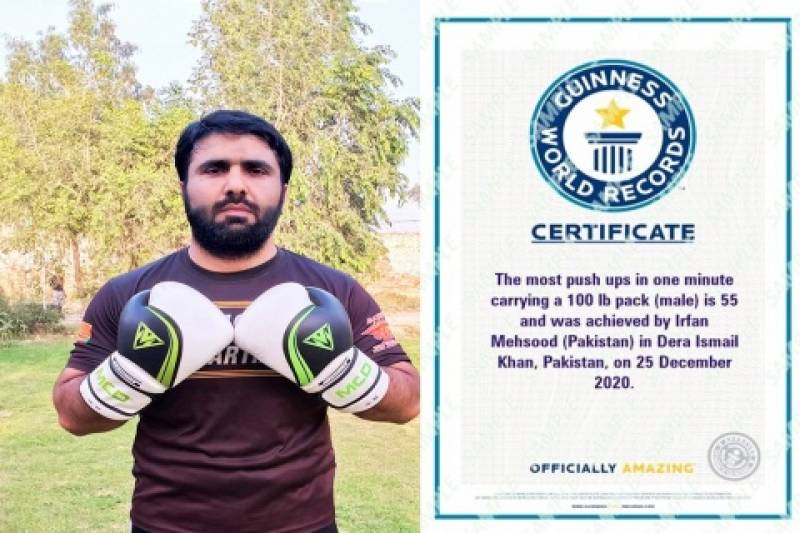 Pakistani martial artist Irfan Mehsood has registered his 43rd Guinness World Record as he achieved the latest record for the most push-ups (one leg raised carrying 100lb pack) in one minute.

“I broke France’s Eric Lejeune’s record to achieve the feat. Eric had made 31 in one minute while I did 43,” Mehsood said.

The martial artist revealed that he attempted the record in February in Dera Ismail Khan. “I have earned a total of 43 Guinness World Record titles, 23 of which are for various push-up challenges,”

Further, he hoped to promote his region of Waziristan and inspire people especially the youth of his country to stay fit and active.

Moreover, Irfan is also confident as he wishes to continue achieving record titles for fitness and martial arts-related records.

Guinness World Records has confirmed that Egyptian siblings Huda Shehata and her brother Mohamed Shehata have claimed a ...