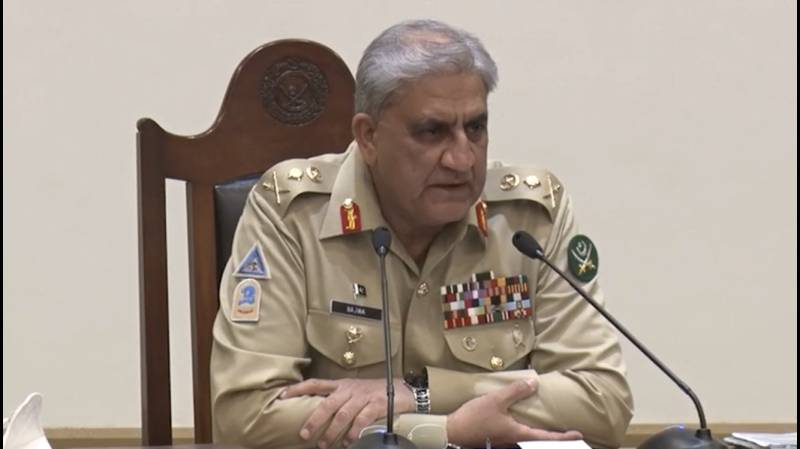 According to the ISPR, COAS made the remarks while expounding on Pakistan’s support to Afghan Peace Process during his address to participants of National Security and War Course (NSWC) – 21 at National Defence University (NDU), Islamabad.

Army chief dilated upon the evolving strategic and regional environment. Pakistan stands for peace within and all around, as it looks forward to acting as a bridge between regions, COAS said.

Expressing resolute support to the people of IIOJ&K, Gen Bajwa stressed upon a peaceful and durable solution of Kashmir issue in line with relevant UN resolutions and aspirations of Kashmiri people.

Sharing his vision of Pakistan Army, he underscored the need for continuous evaluation of existing doctrine and corresponding strategy to effectively deal with the evolving threats in various domains.

The country’s top General termed professionalism, competence and devotion to duty as hall mark of Pakistan Army and emphasised on realistic and futuristic training for maintaining perpetual operational readiness.

A well-equipped, well-trained and motivated Army having unwavering support of its people can surmount any challenge, he emphasised adding that the forces that wish to undermine the unbreakable bond between Armed Forces and the nation are bound to fail.

Congratulating the participants on successful completion of their course, COAS advised them to stay focused on attaining professional excellence while remaining abreast with revolutionary advancements in warfare which are redefining national security.