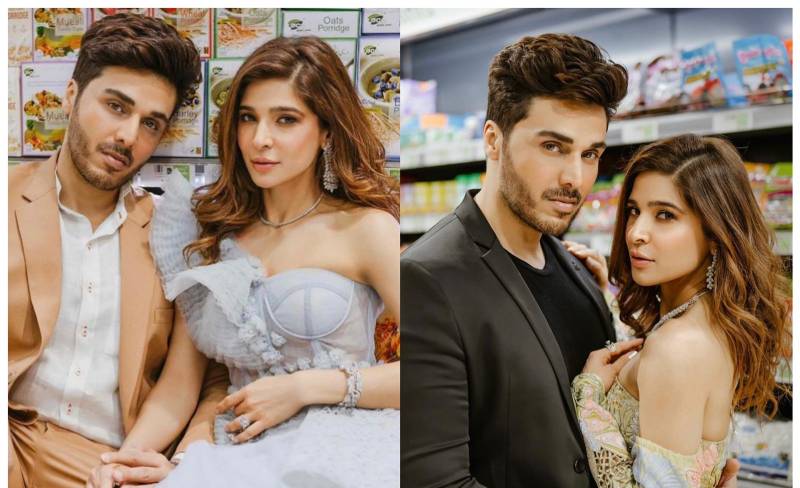 Lollywood diva Ayesha Omar and heartthrob Ahsan Khan are definitely setting the bar high, not just with their sizzling chemistry but also by stepping up their promotion game with a supermarket-themed photoshoot.

This time around the Rehbra co-stars set the temperature soaring with a new fashion photo shoot in a grocery store.

Flaunting aesthetic flamboyance, Ayesha and Ahsan dazzle in a very mundane background but they set the fashion records straight, be it the Bulblay star's princess gowns or the duo's camera-perfect poses.

@khanahsanofficial Why the BIG gown in a supermarket? Cause Bubbly (my character in @rehbrathefilm ) is oh so EXTRA and that’s why you’ll love her.", captioned the Yalghaar actor.

On the work front, Ayesha Omar has been praised for her performance in the drama serial Habs also starring Ushna Shah and Feroze Khan.

Ayesha Omar is always dressed to perfection. From fashion shows to award nights or casual hangouts, she challenges the ...