'Put your anda paratha on your status instead of copying other people,' Mathira advises Minal Khan 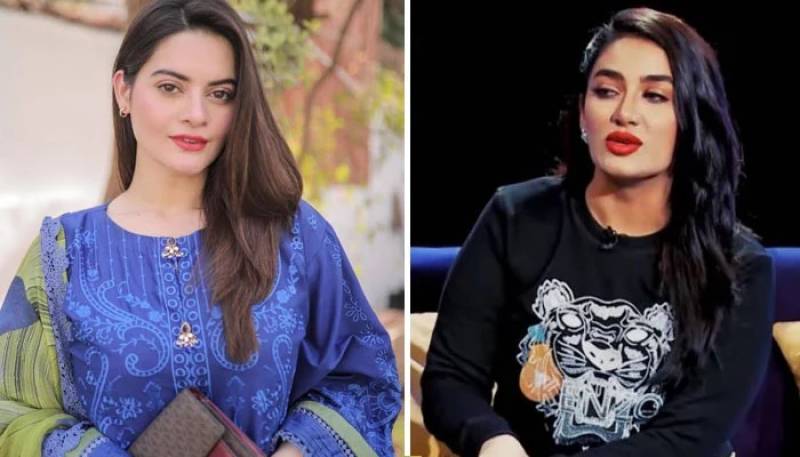 Television host Mathira took a dig at Pakistani TV actress after the latter allegedly stole an Instagram story of American model and social media celebrity Kylie Jenner and put it on her own Instagram.

Minal became a top trend on Twitter after this episode and the alleged act of the big Pakistani star of the small screen triggered a meme festival on social media.

In a video clip wherein she is joined by Javeria Saud, Mathira has asked some very pertinent questions: "Why we copy other people's statuses and try to show them as our own? Are we suffering from inferiority complex? Or people have become more class conscious?

In the video clip, Mathira has advised Minal to put on her status whatever she ate in her breakfast, even if it's "anda paratha" instead of copying other people's statuses. Here is the viral video clip showing Mathira express her views on the issue:

Mathira, a Pakistani-Zimbabwean model, dancer, television host, singer and actress, is known for her unique accent and bold stance on issues. She has hosted several television shows and appeared in music videos. She is known for her item songs in Main Hoon Shahid Afridi and the Indian Punjabi film Young Malang.

However, amid all this trolling, Minal has an answer for those who are trying to put her down. Here's what she's got to say to trolls.

Minal Khan took to her stories and expressed her anger with all the trolls who've been dragging her Instagram lately. #MinalKhan pic.twitter.com/NpSApE8oUz