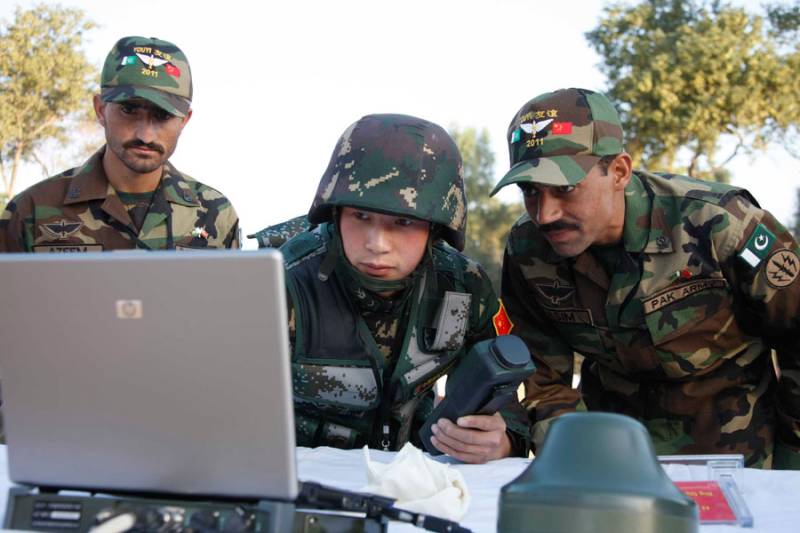 BEIJING - Close ties between militaries of China and Pakistan will not only help an all-weather partnership between the two countries but also maintain regional peace and global stability, the People’s Liberation Army (PLA) said on Thursday.

China’s 2.3 million-strong military is the world’s largest, and Pakistan has emerged as the biggest consumer of the China-produced military hardware. In the past five years, Pakistan has bought 41% of China’s exported weapons, according to analysts.

Pakistan is seeking to make China its main supplier of military hardware, partly due to the easier financial terms offered by Beijing, replacing traditional suppliers from the west.

“At the same time, I am very confident that military cooperation will help facilitate our state to state relationship and also in maintaining regional peace and international stability,” he said.

Guoqiang’s comments came in the backdrop of China selling a powerful tracking system in an “unprecedented deal”, which could speed up the development of multi-warhead missiles by Pakistan.

Zheng Mengwei, a researcher with the state-run Chinese Academy of Sciences (CAS) Institute of Optics and Electronics in Chengdu, Sichuan province recently.

The researchers told the Hong Kong-based South China Morning Post that Pakistan had bought a highly sophisticated, large-scale optical tracking and measurement system from China and deployed it “at a firing range” for use in testing and developing its new missiles.

China was the first country to export such sensitive equipment to Pakistan, CAS said.

Chinese authorities declassified information about the sale of the tracking system yesterday.

Pakistan has focused its efforts on developing multiple independently targetable re-entry vehicles (MIRVs), a type of missile-carrying several nuclear warheads that can be directed towards different targets, a report said.

Unlike the US, which accounts for one-third of exports and supplies at least 100 countries, China delivered major arms to 44 countries, mostly in Asia and Africa.

More than 60% of China’s exports went to Pakistan, Bangladesh and Myanmar and another 22% went to Africa, a recent study report by Stockholm International Peace Research Institute said.