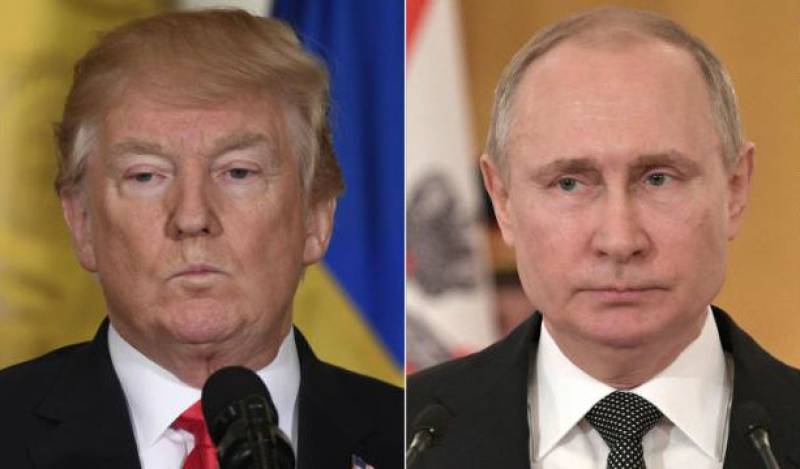 MOSCOW - Russia has ordered 60 American diplomats to leave by April 5, in a retaliatory move against US which expelled a similar number of Russian diplomats over the poisoning of a former Russian double-agent in the United Kingdom.

The foreign ministry said it had declared persona non grata 58 diplomats in Moscow and two general consulate officials in Yekaterinburg in the row over the poisoning of Sergei Skripal on March 4.

❗️Reasoning from the principle of mutuality 58 diplomats of @USEmbRu & 2 employees of @usconsulyekat have been declared personae non gratae. Consent to establish & operate @USinStPete is revoked pic.twitter.com/6gsXmeZNv9

Two dozen countries, including the US, many EU nations and Nato, have ordered more than 150 Russian diplomats out this week in a show of solidarity with Britain over the poisoning of Skripal and his daughter Yulia.

Foreign Minister Sergei Lavrov said that US Ambassador Jon Huntsman was summoned to the Foreign Ministry where he was given notice that Russia is responding quid pro quo to the US decision to order 60 Russian diplomats out. Mr Lavrov said Moscow will also retaliate to the decision by Washington to shut the Russian consulate in Seattle by closing the US consulate in St. Petersburg.

If further “hostile actions” against Russian diplomatic and consular offices in the US continue, additional steps will be taken against its staff and facilities in Russia, the foreign ministry said in a statement.

The attack on 66-year-old Skripal and his daughter, which Britain has blamed on Russian President Vladimir Putin and says was caused by a Soviet-era nerve agent Novichok left on the door of their home in England, has driven relations between Russia and the West to a new post-Cold War low.

Russia has denied involvement in the attack on the Skripals and says it suspects the British secret services are trying to frame Russia to stoke anti-Russian hysteria.

Skripal, a former Russian military intelligence who betrayed Russian agents to Britain and then was exchanged in a spy swap deal, is still in a critical condition from the attack.

His 33-year-old daughter was also in a critical condition though the English hospital where she was being treated said on Thursday that her condition had improved.

The White House has yet to comment on Kremlin's response to expulsion of its diplomats.