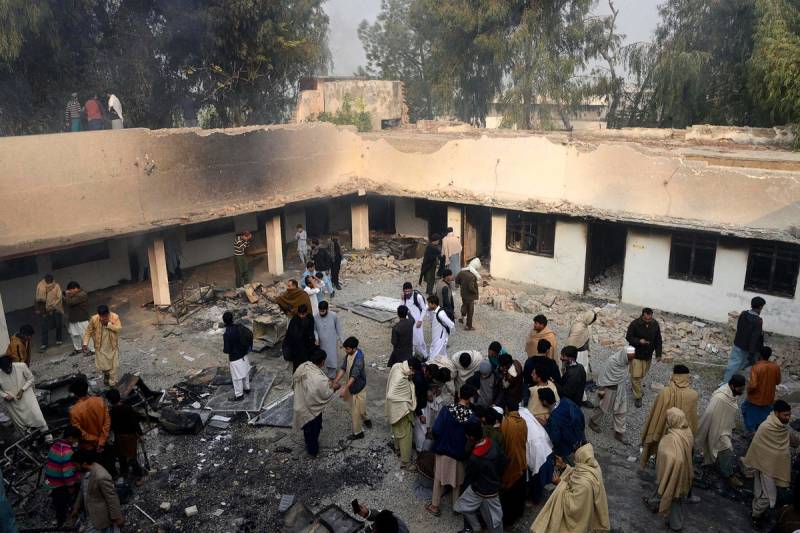 PESHAWAR – Thousands of people attacked a police station in Charsadda and set it on fire when the police refused to hand them over a man accused of burning a copy of the Holy Quran, police said on Monday.

A crowd of up to 5,000 people surrounded the police station in Charsadda town in northwestern Khyber Pakhtunkhwa province on Sunday night. They also set fire to more than 30 cars.

Around 2,000 people remained outside the police station on Monday morning and burnt uniforms of officers.

"The mob stormed the police station asking to hand over the man to them so they could burn him alive like he burnt the Holy Quran," says the district police chief, Asif Bahadur.

The identity and religion of the accused has not been disclosed by the police, Bahadur said. "The motive for burning a copy of the Holy Quran is still unknown but we are investigating," he added.