Tournament called off amid Covid concerns 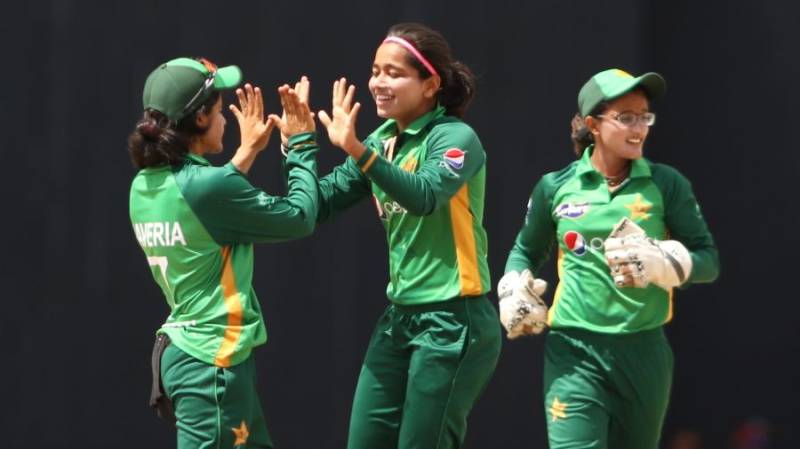 Thailand and Pakistan emerged as victors in the final outing at the ICC Women's Cricket World Cup Qualifiers, with the tournament called off amid Covid concerns, says a press release issued by the ICC.

Due to the emergence of the latest Covid-19 variant in South Africa and the introduction of travel restrictions from a number of African countries, including the host country Zimbabwe, the ICC decided to call off the qualifying event on Saturday, 27 November.

The qualification slots were decided as per team rankings, in keeping with the tournament's playing conditions, with Bangladesh, Pakistan and the West Indies progressing to the ICC Women's Cricket World Cup in New Zealand, and Sri Lanka and Ireland occupying the other slots for the 2022-25 cycle of the ICC Women's Championship.

Opting to bat first, things didn't go USA's plan as they would have planned. They got off to a shaky start, and kept losing wickets at regular intervals. Opener Mahika Kandalan (2) was the first batter to fall in the fifth over and that triggered a collapse.

Nattaya Boochatham, who starred with the ball for Thailand with 4/16, struck in the next over accounting for the wicket of USA captain Sindhu Sriharsha for 3.

Chasing a paltry target, Thailand made no mistakes. Openers Sornnarin Tippoch (29* from 46) and Natthakan Chantham (48 from 53) shared a solid 89-run stand. Chantham missed out of a fifty by two runs as she was bowled by Akshatha Rao.

Tippoch and Boochatham (2*) took the side across the line in the 17th over, sealing a convincing nine-wicket win.

Sent in to bat, Pakistan got off to a steady start. Their openers – skipper Javeria Khan and Muneeba Ali – shared a half-century stand, laying a good foundation. Audrey Mazvishaya drew the first blood for Zimbabwe, sending Muneeba back for 19.

Pakistan lost Omaima Sohail soon for 5. Despite losing wickets from one end, Javeria remained firm at the crease. She shared crucial stands with Iram Javed(24), Nida Dar(17) and Aliya Riaz(48*) before she was run out by Esther Mbofana for a well-made 48.

While defending, Pakistan bowlers kept the pressure on Zimbabwe batter from the get-go. They kept snaring wickets at regular intervals, giving no chance to Zimbabwe for a recovery.

Opener Sharne Mayers (18 off 16) and No.5 batter Ashley Day (17 off 32) were the only two batters to score in double digits. Pakistan wrapped up Zimbabwe innings in the 27th over for 81, sealing a big win.

Anam Amin(3/9) and Sadia Iqbal(3/4) led the onslaught while Fatima Sana and Omaima chipped in with two wickets apiece.