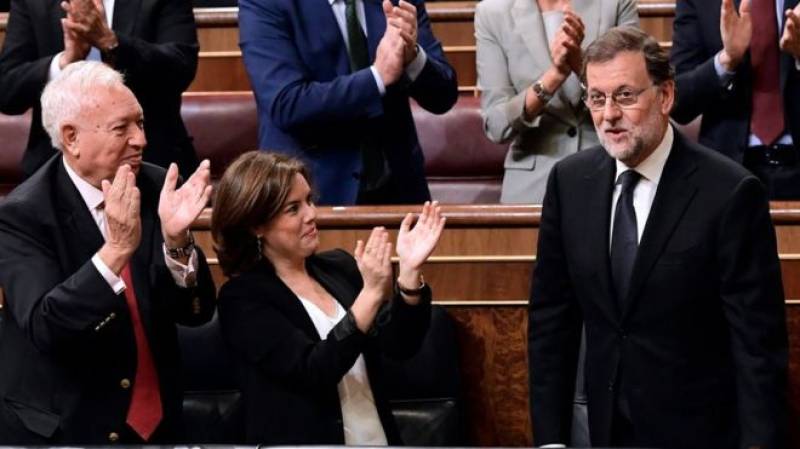 The endorsement came after Mr Rajoy's Popular Party (PP) gained the backing of the Ciudadanos ("Citizens") party and tacit support from the Socialists.

Socialist lawmakers are said to have been among the 68 abstentions, BBC reported.

The country had faced the prospect of a third general election inside a year. But the Socialists forced out their leader, Pedro Sanchez, earlier this month after he rejected abstention.

Mr Rajoy has led a caretaker administration since losing his overall majority in an election last December. A repeat election in June failed to end the impasse but strengthened his hand.

The Socialists (commonly known by their Spanish abbreviation, the PSOE) came second on both occasions, their support eroded by radical leftist newcomers Podemos.

For decades, the PSOE and PP took turns in governing the country on their own but last year the popular vote split four ways - the new centrist Ciudadanos party came fourth.