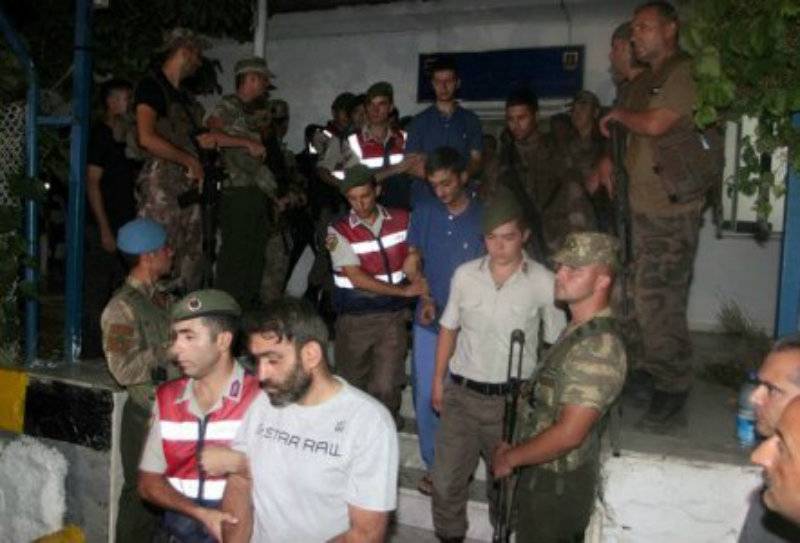 ISTANBUL (Web Desk) - Turkish media on Tuesday reported that a former police chief, several governors and journalists - including an editor from a top national daily - have been detained as part of the probe into the movement allegedly behind last month's abortive coup.

Dincer Gokce, editor of the leading Hurriyet daily's English-language website, was among nine current and former journalists arrested in Istanbul, Ankara and Kocaeli province, Hurriyet said on its website.

Former writers for the Bugun, Radikal and Yeni Safak dailies and the defunct former opposition paper Zaman linked to the preacher accused of launching the coup were also arrested, according to NTV broadcaster.

Istanbul's prosecutor's office issued warrants for a total of 35 people over their suspected links to the renegade army units that tried to overthrow President Recep Tayyip Erdogan on July 15, Hurriyet said.

Eighteen of the suspects had already left the country and eight others were still being sought, NTV said.

The government has accused US-based Turkish Muslim cleric Fethullah Gulen of masterminding the putsch, a claim he vehemently denies.