Kurdish fighters agree on truce with Turkey in northern Syria 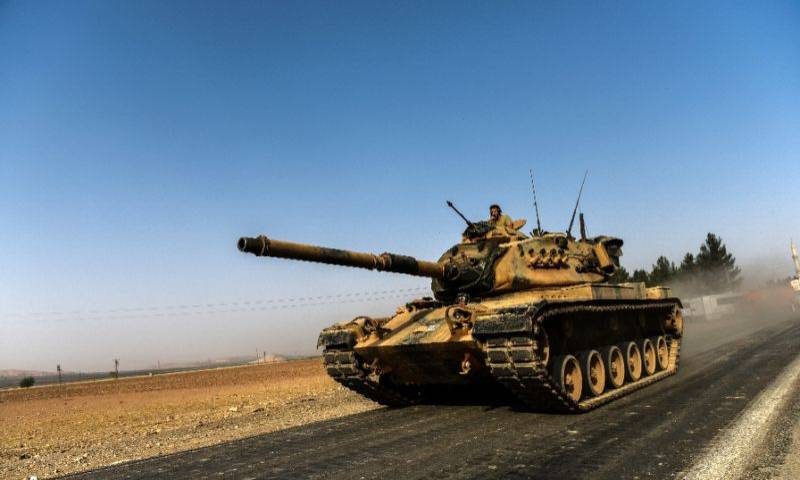 DAMASCUS (Web Desk) - Kurdish fighters and the Turkey-backed Syrian rebels on Tuesday announced they have agreed on a truce in a contested area in northern Syria for an unspecified period of time.

“We agreed on a ceasefire with the Turkish state via the United states and the international coalition” that is fighting the Islamic State group, said Ali Hajo, spokesman of the Jarablus Military Council.

The truce came against the backdrop of a recent showdown between both rebel groups in that region, especially after Turkey pushed in with special forces, tanks, and FSA fighters from its side of the borders and captured Jarablus from the hands of the Islamic State (IS) group last week.

The Turkish move came to cut the road before the Kurdish-led SDF, who has made sweeping victories against the IS near the Turkish borders, which raised the ire of Ankara and nurtured its fears of a growing Kurdish influence at its backdoor.

After capturing Jarablus, the FSA reached areas in the southern countryside of that city, where they had several confrontations with the SDF fighters, coupled by Turkish shelling of the positions of the Kurdish-backed group.