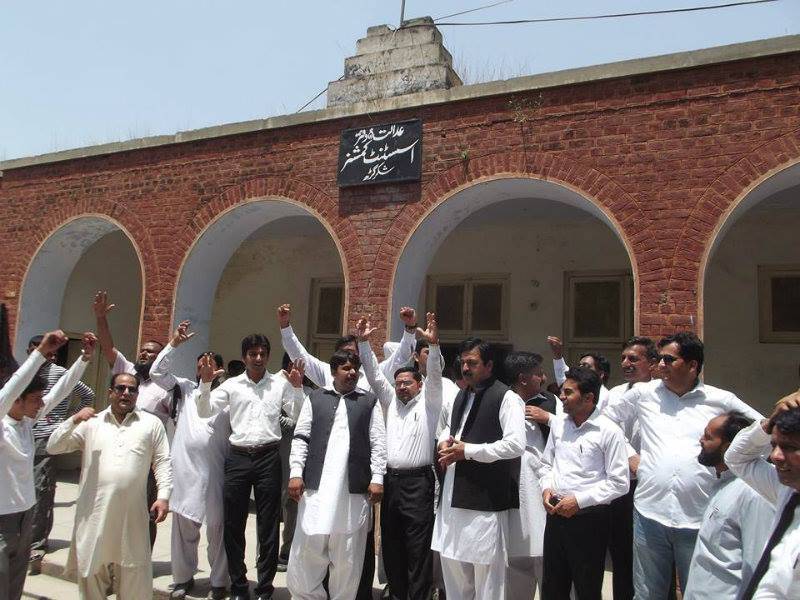 SHAKARGARH (Staff Report) – Lawyers on Tuesday staged protest against encroachments in the city.

“Encroachments by auto-workshop owners on Noorkot Road have not only created traffic gridlocks but are also security threats,” the lawyers said and added that Tehsil administration and traffic police had failed to clear the main roads of the city.

Shakargarh Bar Council General Secretary Iram Jawad said that a petition had filed in the court against Tehsil administration, traffic police and local police. He said the Punjab government had directed all departments concerned to ensure foolproof security at bar councils, but local administration was not giving due attention toward the matter despite many requests.

He said if any untoward incident accrued local police and administration would be responsible.