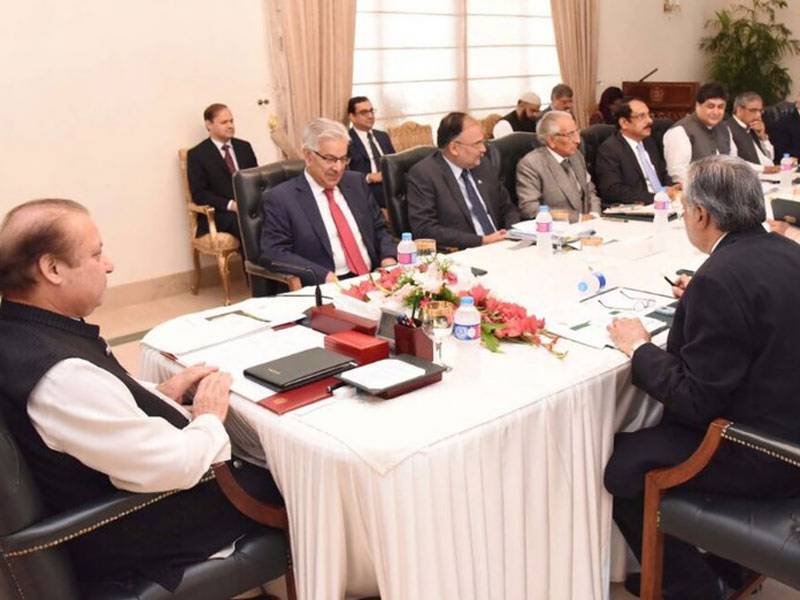 ISLAMABAD (Web Desk) - Prime Minister Muhammad Nawaz Sharif has said electricity load-shedding will completely be ruled out after completion of the ongoing power generation projects in the state.

He was addressing a briefing of the Cabinet Committee on Energy about the progress on power projects in Islamabad today.

The Prime Minister stated that the power projects will encounter the requirement of electricity in the state.

He pronounced the state has not seen such a huge investment in the energy sector and with the increase in power generation, economic actions will boost and it will add job opportunities.

Secretary Water and Power Younus Dhaga told the briefing that all ongoing projects of power generation will be completed by March 2018.

He said three projects at Bhikki, Haveli Bahadur shah and Balloki will be completed within the stipulated time and these three projects will provide 3600 MW power.

He said that Chashma three and four will provide 340 MW power separately while 1320 MW coal-fired project of Sahiwal will also be completed within the scheduled period.

The Secretary told Guddu power plant and Nandipur power project of 400 MW will be completed by 2018.

He told that billion of rupees are being spent to improve the power transmission system and work on these projects continues.

On this occasion, the Prime Minister stated he will personally supervise the progress of ongoing power projects. He stated that investment friendly policies have paved the way for foreign investors in Pakistan.

The Secretary Water and Power told 11131 MW power will be added to the National Grid by March 2018.

The meeting was told that 1320 MW Port Qasim power project, Wind and bio-gas projects of 350 MW while in Faisalabad 240 MW project will also be completed during this period.