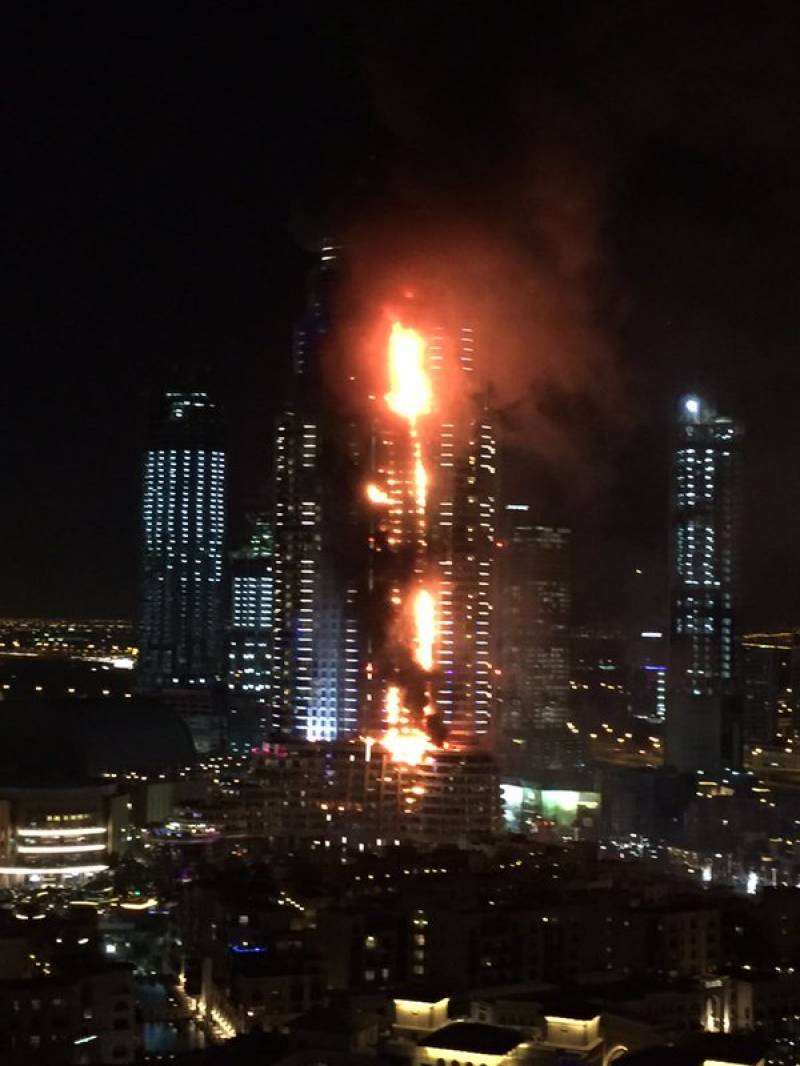 DUBAI (Web Desk) - A massive fire broke out at The Address Hotel, not far from the Burj Khalifa Tower.

Thousands of people have gathered to watch the New Year fireworks. It was not immediately clear what caused the fire, which covered at least 20 stories.

People are running away! This is so horrific!!!!! Falling on people's houses pic.twitter.com/gq9AXEyTJr

Burning debris rained down from the building, no injuries have yet been reported.

The hotel and residential compound has about 200 rooms and over 600 apartments.

Local media say that hotel has been evacuated, and people are being moved out of the a Mall located nearby.

Currently, there are at least four firefighting brigades at the site to deal with the blaze and ensure the safety of the public, according to the Twitter account of the Dubai government’s media office.

The fire broke out as Dubai was preparing to celebrate New Year.

Officials say they plan to go ahead with the festivities, which include three displays beginning at the Burj Khalifa.

The Burj Khalifa is decorated with 400,000 LED lights, while the fireworks display will feature tons of pyrotechnics

Which hotel is this? Hope everyone is safe.... @MyDowntownDubai @gulf_news #MyDubai pic.twitter.com/GcCR10DUkq