NEW DELHI (Web Desk) - On New Year's Eve, police in India will troll nearly 600,000 men previously reported for sexual harassment, warning them via text message to be on their best behaviour around the ladies - or face the consequences.

"You and your phone are still under observation. Hope your conduct is upright now. We wish you a Happy New Year," says the SMS greeting from police in Uttar Pradesh state.

The messages will be sent on Thursday to "Eve-teasers" - the South Asian term for sexual harassers of women, Indian media reported on Thursday.

Senior police official Navniet Sekera heads a women's help-line that is answered 24/7 across the state to address sexual harassment incidents.

"The message to eve-teasers, or pesky callers, is a reminder that the police have their record. It is meant as a deterrent. We are trying to tell them that any attempt to trouble women and create mischief will prompt strict action," Sekera warned.

He said so far 500,000 women have complained since the hotline was launched in 2012, adding "98.6 percent of complainants have given positive feedback".

"In our society, women are not encouraged to approach police. They tolerate and don't speak up and it is taboo for women to raise voices against sexual harassment. We have to make women come forward," Sekera told Al Jazeera.

"Our aim is not just to help women but to empower them."

According to India's National Crimes Records Bureau, a total of 309,546 cases of crime against women were reported in 2013, a jump of 27 percent over the previous year. 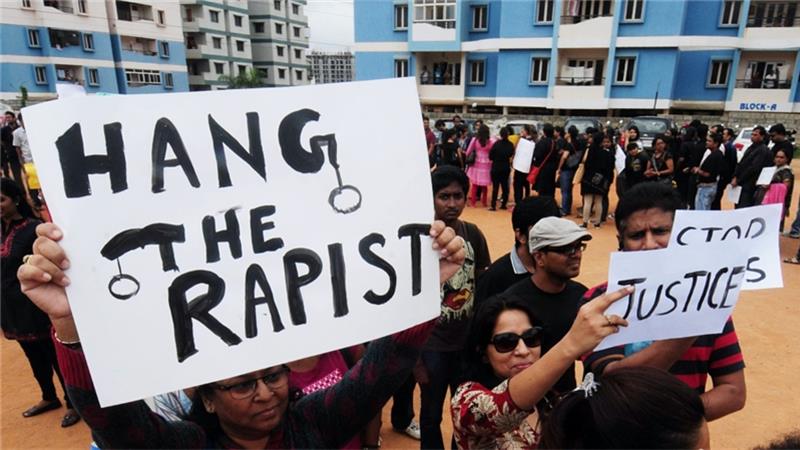 The gang-rape of a 23-year-old medical student in December 2012 led to massive protests calling for measures to protect women. The horrific details of the crime brought about major awareness of sexual offences against women in the country of 1.2 billion people.

On the other hand Kavita Krishnan, secretary of All India Progressive Women's Association (AIPWA), said she's not convinced of the effectiveness of the police measures in Uttar Pradesh. "It's an image-building exercise, a fairy-tale being spun out by the police," she said.

"Every day women face sexual harassment. It's a nightmarish situation for them because women are afraid to speak. Incidence of violence and custodial violence is a big problem in UP [Uttar Pradesh]," she added.

However, Sekera said sexual harassment complaints have dropped from 1,491 in 2013 to 551 as of November 30 this year in the state.