Russian man wakes up in morgue after too much drinking, goes back to party 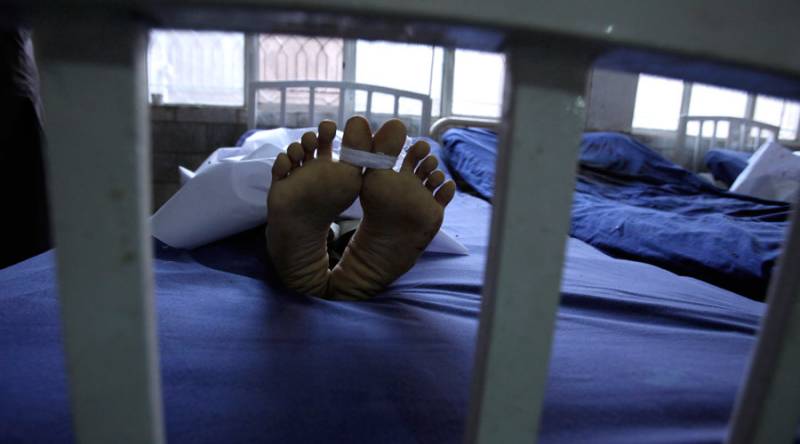 MOSCOW (Web Desk) - A man in Russia woke up in the morgue after having been declared dead.

Before the incident, he had been doing vodka rounds with friends and after the ‘miraculous awakening’ he went back to the party.

The man who was mistakenly taken for dead passed out after drinking too much, RT reported.

However, it is not clear when exactly the incident took place.

The incident happened in Khasanky Region which is a coastal area in Russia’s Far East.

His friends called an ambulance and medical staff hastily declared the man dead before taking him to the morgue.

However, the man eventually came back to his senses only to find himself in a mortuary freezer.

“That night the local morgue was filled to its capacity, the bodies were not only on the shelves, but also on the floor of the freezer room, where our ‘dead’ hero was allocated,” Aleksey Stoyev, a police spokesman, told the newspaper.

“At some point, the man woke up, failing to understand where he was. It was very dark and cold. In addition his brain was foggy due to the influence of alcohol.

In the darkness, he felt someone’s completely cold limbs and in fear rushed to the door. But it was locked.”

He started screaming for help and pounding on the door. His calls drew the attention of the morgue’s guard, who reported the situation to the doctors.

When doctors opened the door with police they met by the ‘resurrected’ man who in panic ran out of the room, according to the department of criminal investigations. Police questioned the man and released him.

Returning to the place of the party, he found his friends were still drinking, but this time commemorating him.

The person who opened the door was so shocked that he fainted, Khasanskiye Vesti says. The commemoration ceremony was quickly revamped into a re-birthday party.