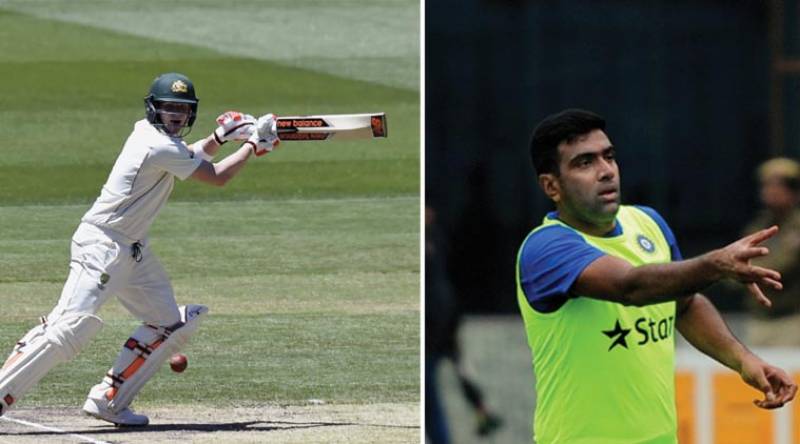 KARACHI (APP) - Australia captain Steve Smith and Ravichandran Ashwin of India have finished 2015 as the number-one ranked batsman and bowler respectively in the ICC Test Player Rankings, which were released on Thursday following the conclusion of the Boxing Day Tests in Durban and Melbourne.

However, after scoring 134 not out and 70 not out, the 26-year-old has leapfrogged Kane Williamson of New Zealand, England's Joe Root and AB de Villiers of South Africa into the top spot.

Ashwin, in contrast, has achieved the number-one spot for first time in his career after injury prevented Dale Steyn from bowling more than 3.5 overs in England's second innings.

Even though the fast bowler bagged four wickets in the first innings, these were not enough for him to end the year as the number-one ranked bowler for the sixth time since 2009.

Steyn had started the Durban Test leading Ashwin by four points and now trails the India off-spinner by the same margin. In the ICC Player Rankings for Test Batsmen, Williamson, Root, de Villiers, Smith and David Warner had a chance to finish the year as the number-one ranked Test batsman after they were separated by 26 points in the lead up to the final Tests of the year.

While Williamson was busy in the ODI series against Sri Lanka, Root scored 24 and 73, de Villiers made 49 and 37 and Warner chipped in with 23 and 17.

Steve Smith, who was also named in the ICC Test and ODI Teams of the Year, is the third Australia batsman in the last decade after Ricky Ponting (2005 and 2006) and Michael Clarke (2012) to finish the

year as the number-one ranked batsman.