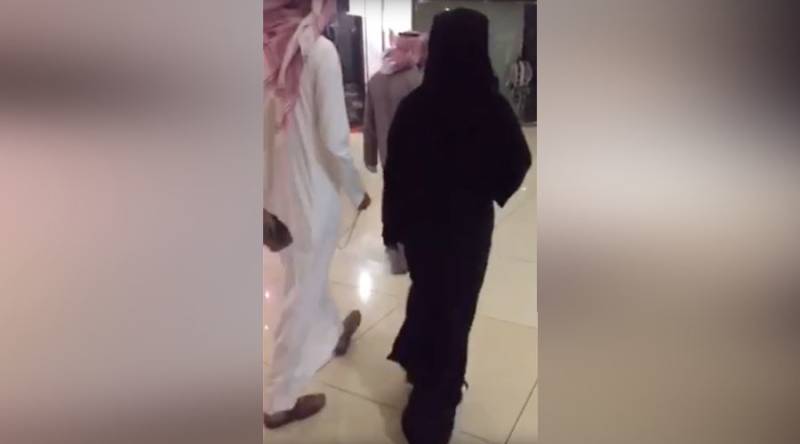 TAEF (Web Desk) - A man has been arrested in Saudi Arabia and faces trial for wearing women’s clothes in a public place.

He could be sentenced to up to six months in prison or a public flogging.

According to details the man in his 20s wearing an ‘abaya’ a traditional Muslim women’s clothing compulsory for all women in Saudi Arabia.

He was arrested in a shopping mall in the city of Taef in western Saudi Arabia.

Puzzled by his appearance, one of the visitors followed him and discovered that he was a man.

Visitor subsequently reported to Shariah Police who were in the shopping mall.

The officers checked the cross-dresser’s identity and confirmed that he was really a man. He was then expelled from the mall and taken into police custody.

The motives for the cross-dressing remain unknown.