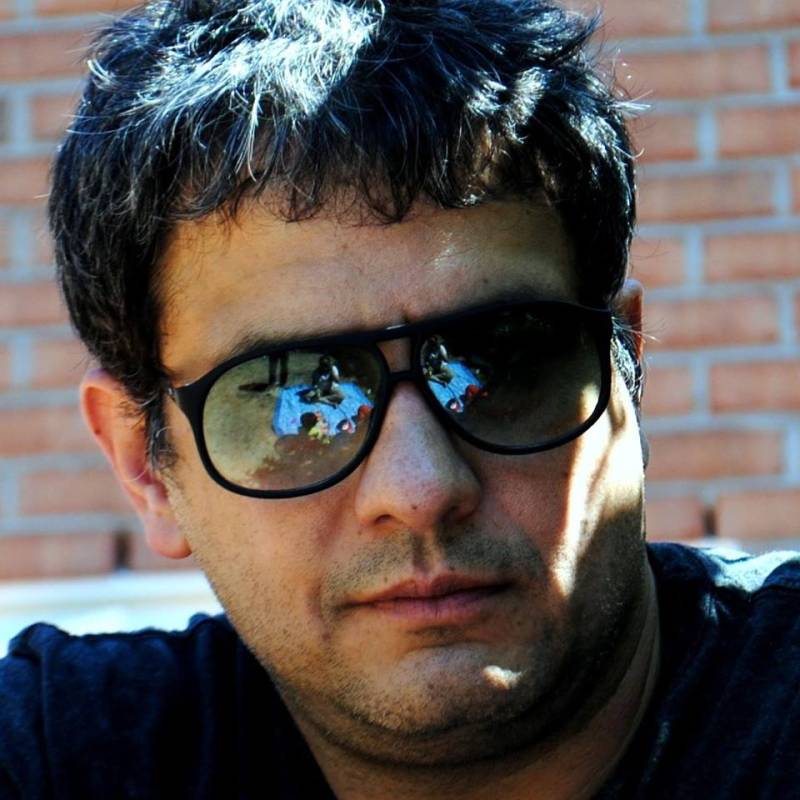 LAHORE – Wishing Christmas to the blasphemy accused, Aasia Bibi, has landed the son of slain Punjab governor Salmaan Taseer in a huge trouble.

The Punjab Police, under the National Action Plan (NAP), yesterday registered a case against Shaan Taseer under Section 295-A for allegedly committing hate speech.

Asia Bibi, a 50-year-old mother of five, has been languishing in jail since June 19, 2009 after being convicted of blasphemy during an argument with a Muslim woman over a bowl of water in a village near Nankana Sahib.

Shaan’s father and governor of Pakistan’s biggest Punjab province, Mr Salmaan Taseer, was assassinated on 4th January 2011 by his own bodyguard over the same issue of blasphemy. Using his own interpretation of blasphemy, Mumtaz Qadri, the elite police commando, mercilessly shot Taseer dead in the heart of capital Islamabad. He was later executed for the crime on 29 February this year. 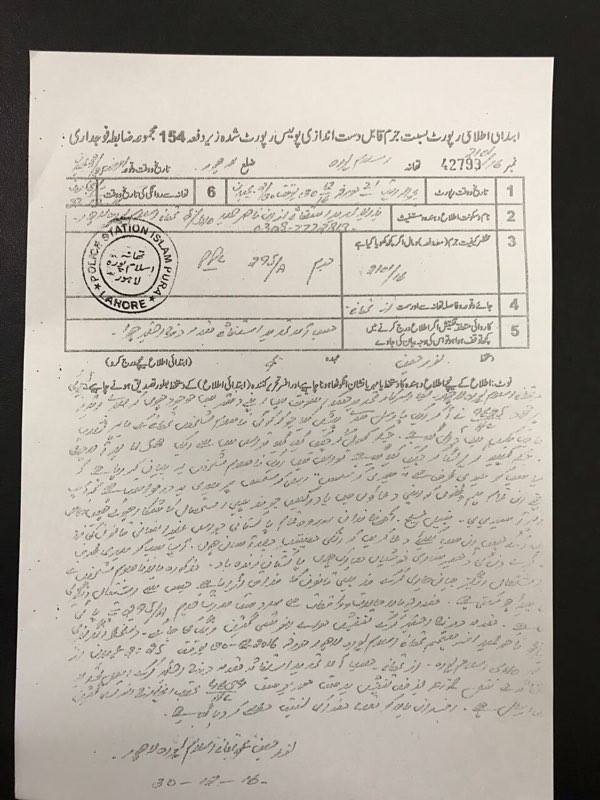 Soon after the video went viral, an application was moved against Shaan by Mujahid Abdul Rasul of the religious organisation Sunni Tehreek with the Lahore's Mughalpura Police.

A police official at Islampura Police station told Daily Pakistan Global that the FIR has been registered against an 'unidentified' man in the video they found in a USB outside the station. Since they don't know who the person was, they have therefore named an unknown person.

"We couldn't recognize the man in the blasphemous video, and we registered the FIR against an unidentified man. It was only later that we found out that it was Shaan Taseer, son of Salman Taseer," the police official said.

Meanwhile, SHO Islampura Nasir Hameed preferred to not confirm whether it was Shaan Taseer or not. "We didn't register the FIR against Shaan Taseer. It was actually against an unidentified man in the video. For identification, we need his CNIC and he should be present here to confirm," Nasir added.

The SHO further maintained it was not ethically right to name Shaan Taseer. "We are not in a position to say anything more than this," he added. 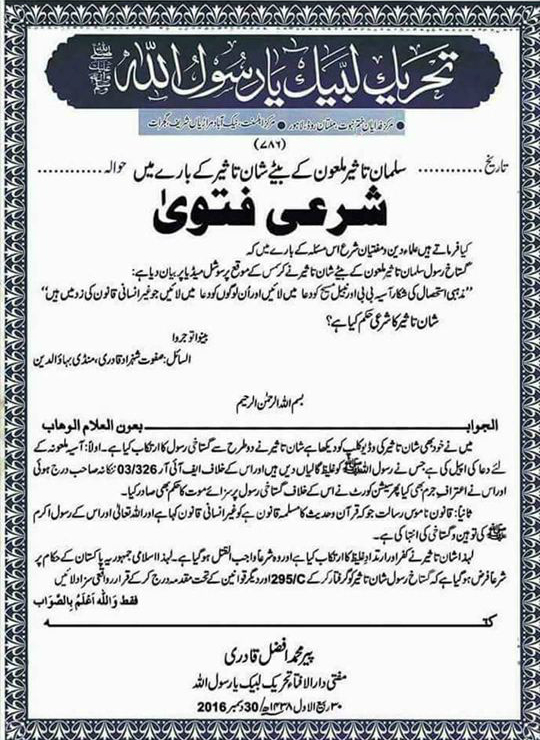 The Fatwa alleges that Shaan, in the video, had called for prayers for Aasia Bibi and Nabeel Masih, and therefore, committed apostasy and blasphemy. The Fatwa further declared Shaan a "Wajib-ul-Qatal" (Liable to death) under Islamic law. 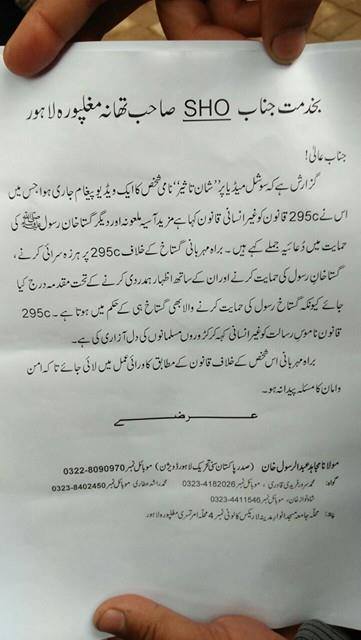 Speaking to Daily Pakistan Global, Shaan said the police officials were being pressurized by Sunni Tehreek. "Of course they know it's me. They didn't chance upon the video.  It was thrust into their hands by the Sunni Tehreek," Shaan held.

Responding to SHO's claims that they needed a CNIC to confirm his identity, Shaan quipped: "Maybe that explains why they haven't registered a case for hate speech against Abdul Aziz, they didn't have Abdul Aziz s CNIC number."

Shaan said he has called the DIG Lahore and his lawyer has contacted the SHO Islampura. He said, "they [police officials] were guarded, unable to speak, telling my lawyer they were busy and finally said they are under pressure."

"Then they gave my lawyer a lecture on how I shouldn't have done this shararat (mischief)," Shaan added.

"They haven't listened to my lawyer, they are dancing around playing busy."

"The Punjab police have, in the past, failed to take action against hate speech when it has kicked them in the face like a horse. One is mildly and tragically amused at the alacrity they have shown at the hate they found in a Christmas message," Shaan said while repsonding to the allegations.

Here is the allegedly blasphemous video: