2017 made us richer and stronger 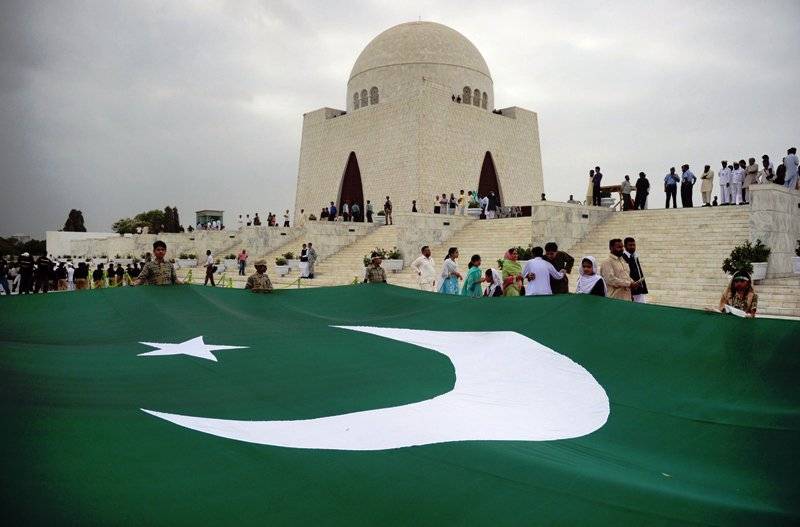 Those who laughed at this title without reading details must leave Pakistan.

Those who took it without a pinch of salt, or did not let any smirk appear on their face, are the proud Pakistanis who will flourish in 2018, and beyond.

Any title can be interpreted variously in Pakistan - depending on the degree of literacy, optimism and indifference to which media and TV anchors tell us. Social and political chaos are more a result of the perception formed by over-interpretation of facts than reality resulting from truer understanding.

‘Social chaos’ is only on social media; you ban it for a week and see how peaceful the country becomes.

All those who insinuate our society and politics are chaotic cannot discern between a crow and sparrow, let alone a pigeon and dove. All that they are capable of is to confuse a tweet with an FB post.

Those who suspect chaos in Pakistan should read the history of countries or nations who have a history. In fact, any history other than the Islamic history. Not Islamic history because, one, Islamic history is more like current affairs. Two, Islam is neither country, nor nation, nor society - its only ‘complete code of life’equally valid on Mars, and Venus– and of course, as valid anywhere on Earth as it is in Pakistan.

We shall talk about ‘Islamic History’ another day. Right now, lets deal with more important challenge at hand, and prove how 2017 made us richer, wiser, better and stronger.

Look at the US,which for many in China, India, and Africa doesn’t have history either, but only extended and stale tale of current affairs,it will tell US was far behind us after 70 years of independence (in 1846). In fact, USA was not close to where Pakistan is even 140 years after its independence, i.e., in 1916.

The US was hardly known to any outside and many inside; Pakistan is the most famous country in the world. Every one knows about it inside, and far more outside.

In fact,less people know about it inside than outside. Only 100 million know it inside as others are too young to know anything. Outside, over a billion people know who and what Pakistan is only in India!

Even Trump called us a great country. He is now considering to run for 2018 elections from the PML-N platform,if he is impeached. This will resolve PML-N’s confusion as to who should lead the party.

The following five marvels will convince you, as they convinced me, how 2017 benefited us collectively.

The first, our increased ability to thrive on high doses of anxiety and tension. In 2017, over 100 events created huge anxiety and tension. Had it been for faint-hearted people of the West, there would be mass heart failures. In Pakistan, it did not even increase single soul’s blood pressure.

The street protest vocabulary became more street friendly. Now, every Pakistani can relate to Paen di siri as amiably as with Katrina nowadays, or Sri Devi in the 1990s.

No country is happy or stable without justice. In 2017, the superior judiciary dispensed so much quick justice that we have great things to look forward to in 2018. Keep it up Judge saaheb.

Parallel to the unparalleled excess of justice, our military leadership acted so cool. Not only did it withdraw a tweet that civilians did not like, it also advised the PM to handle the protesters coolly.

It’s a great leap from guns to roses that our military demonstrated in 2017. May there be more of it.

The new PM, who is not from the Royal Sharif family, neither one of the top 5 leaders of his party, is the next great thing 2017 gave us.

It shows Pakistan’s leading political parties are no longer dependent on stalwarts. Similarly, many thought Pakistan will go bankrupt if Ishaq Dar quit the finance ministry.

These two seem like beginning of the end of another dynasty.

Increased intolerance in Pakistan is a mere allegation. The truth is, we don’t have stomach for nonsense.