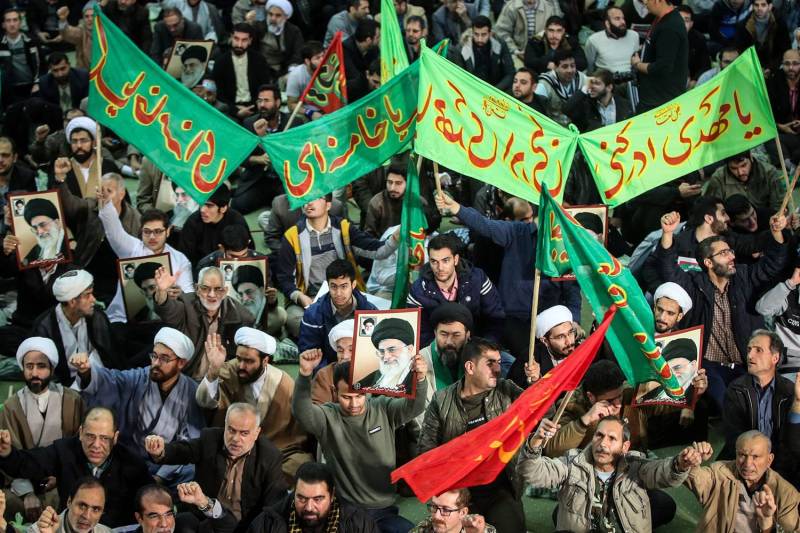 Pharrell Williams’ song Happy became instantly popular the day it was launched in November of 2013. In the normal world, hundreds of youngsters copied the superstar’s moves and uploaded their videos on YouTube.

To join the frenzy, Iranian youth also secretly performed on the song and recording Pharrell’s dance moves. Uploading the mixed gender visual rendition of the song landed them in trouble. Iranian government deemed the act a criminal offense.

The group was tried for violating the country’s cultural and religions norms. Neither were there any obscene acts nor did they wear skimpy clothes. As the news spread on the cybersphere, their video earned millions of views on YouTube alone while all major news and music networks have played it off and on.The imprisoned youth are called ‘happy Iranians’.

Three days ago, the Iranian youth chose a more blunt option to pursue goals of larger happiness. They took to the street from northwest to southeast. They raised slogans against price hikes and corruptions. As the social media got wind, another kind of frenzy ensued. Iranians tookvto Facebook, Twitter, WhatsApp and Telegram to share their daring acts.

The security forces, mainly police and intelligence services, saw them as random acts of temporary rage. Within hours, Iran was engulfed in protests and social media served as their echo chamber. The Russia founder-owner or Telegram App has already colluded with the regime and deleted the one million member-strong channel, AmasNews. Akin to initial days of protests in Tunisia, the Iranian protest did not attract serious attention by the outside world as Iran’s local police companies scrambled to quell the defiant mobs.

The tone and tenor

Come Saturday and there are reports of over a dozen dead with four of them identified through the picture shared on social media and messaging apps. In an act of revenge, protesters in KhorramAbad reportedly set alight the governor’s office, who is typically an IRGC representative.

The world is awestruck by the intensity and scale of defiance the Iranians have shown against the hardline Shiite regime, which annexed power in 1979 and consolidated it with a bloody cleansing.

The protesting Iranians set alight municipality offices in various cities including Tehran while chasing off police cars and contingents.

Cities big and small are engulfed with protests. Even Qom, otherwise thought to be a hotbed for Shiite religiosity, was not immune to demonstrations. Mushhad and Isphahan followed suit, as did Tehran. Saturday’s takeaway was the protest by Tehran University’s student who dared the government with their bold slogans and rejected Islamic rule. If someone had doubts about the uprising being invoked by economic hardships and corruption, Saturday rallies were an eye-opener that the people detested the system built under Khomeini.

Though rattled by sudden mass uprising almost similar to the one witnessed in June 2009, the regime ordered Friday to take out pro-government rallies. While dissent only grew more vocal, thousands assembled in various cities to express their support with President Rouhani and reiterate their faith in Khomeini’s ideology.

When a sitting government seeks mass mobilization for domestic show of force, it’s making a desperate move. What could be the possible odds in supporting the ruler after all, especially when there is miniscule media freedom and subservient judiciary, not to mention the untouchable intelligence and military institution such as Basij and Iran’s Revolution Guard Corps (IRGC).

The role of responsible media

The rallies offered Khomeini loyalists such relief that AFP even knit its story around the state-summoned gatherings.  In Pakistan, Dawn, The News and Express Tribune conveniently ignored the unusual happening over the past three days. They too found pro-regime rallies more newsworthy and then defiant protest rallies unheard of since 2009. [Though globally reported, the demonstrations were brutally crushed by the regime. US President Barack Obama winked while a handful of western capitals expressed support for the dissenters. The Iranians paid a heavy cost for their outspokenness.]

The very same newspapers treat rumors about the Arab countries with utmost urgency and ultimate sensationalism. Had a fraction of defiance seen this week in Iran expressed against any Arab or Turk ruler, the mainstream news sources would have taken instant pains to ‘inform’ their readers.

Globally, the media coverage has been marred by confusion. Since Iran remains one of the most stereotyped country, the reporters either got lost in possible economic causes of dissent or analysts struggled to look for green ribbons last seen in 2009. Here are a few slogans raised by protestors and available on YouTube and Twitter videos for verification.

Is this economy, stupid?

Qom echoed: "The people are begging, the mullahsact like God".Mashhad, second most populous city, thundered, “Neither Gaza nor Lebanon, my life is for Iran". Tehran blasted, “Quit Syria, think about us.” “Death or freedom,” “Care for us and leave Palestine” and “free political prisoners” were amongst the most popular slogans shouted across Iran over the past three days.

The protests did stem from economic woes and corruption but soon snowballed, thanks to a wide variety of grievances. The most ominous was the question of export of Shiite revolution across the Arab lands while the youth unemployment exceeded northward of 40 per cent. From financing of Hezbollah in South Lebanon to Ansarul Islam in Yemen, the regime has diversified financial resource for its disruptive projects.

Not only hundred of Afghans and Pakistanis hired to save Assad regime were trained and financed by the Iranian taxpayers’ money but also payment of stipends for dependents of the deceased.This came atop the hefty cost a citizen was paying in lieu of UN Security sanctions slapped on Iran for the regime’s nuclear designs.When Obama lifted the curbs and released the frozen funds, the regime channeled funds to Hezbollah and other militias in Syria, Iraq and Yemen.

While terrorism related sanctions remain in place, provocative missile program is set to invite more trouble. Though Russia and China may not support a punitive Security Council resolution, the west may follow the US suit by blacklisting the country for business. Thus, economic distresses piggyback the regime’s complex political exploitations.

YouTube and Twitter videos reaffirm that youth are at the heart of revolt. The aspiring happy Iranians listen to western music, fancy fashion trends and don’t limit themselves in tunnel vision the regime wants them to subscribe to. Thanks to Turkey’s no-visa requirement, middle class Iranians occasionally travel to Istanbul and Izmir for vacations.

They mix up in the western culture so well that one can’t tell the Persian tourists apart without speaking to them. On any international flights, most headscarves come off before the plane lands. Thus, nervousness to impose Islamic attire in Iran isn’t without reason. An average Iranian youth is at odds with regime’s worldview.They neither like visa restriction nor social confines. They may differ on the degree of religiosity the state can impose but want a happy and successful life.

Three days of dissention that all Iranians are not obedient subjects of the oppressive clerics and their generals. Like two generations prior, they are not a silent minority. This time, the uprising is more grassroots,more widespread, more spontaneous and more unpredictable. They are leaderless like Syrian or Egyptian uprising have been. None of the reformist (Shiite) figures such as Mohammad Khatami, Mir-Hossein Mousavi and Mehdi Karroubi have been referred to as leaders and saviors.

The regime’s response has been abysmal as if it never planned for a day like this. The decision to hold pro-regime rallies exposed the Ayatollah’s weakness. The opposition gatherings have not all been large but ardent and bold. In case the Basij and IRGC are summoned to regain control, there will be backlash. Iran’s vastly scattered officials and security officials will be recalled from Iraq, Syria and Lebanon to save the heartland of revolution.

If protests swell further and resolve becomes stronger, the Ayatollah and his IRGC are not going down as easily as Mubarak and Ben Ali did. Iran will be on the brink of a civil war. The hardliners like Ali Larjani live in a cocoon frozen in 1980s. His ilk is against compromise and reform. The protests from Rasht to Kermanshah, and Isfahan to Bandar Abbas portray unity amongst Kurds, Ahwazis, ethnic Persian and Balochs against the regime.

For the status quo ideologues and militants alike, the ‘revolution’ has one home. Losing it is not an option. The clerics and generals will fight till the last mercenary as they have been trying in Syria. There are no shortcuts to becoming a happy Iranian. The world won’t come to rescue and neighbors are bound to betray. Prospects of still challenge would be higher if the opposition manages to come up capable and popular alternate leadership.