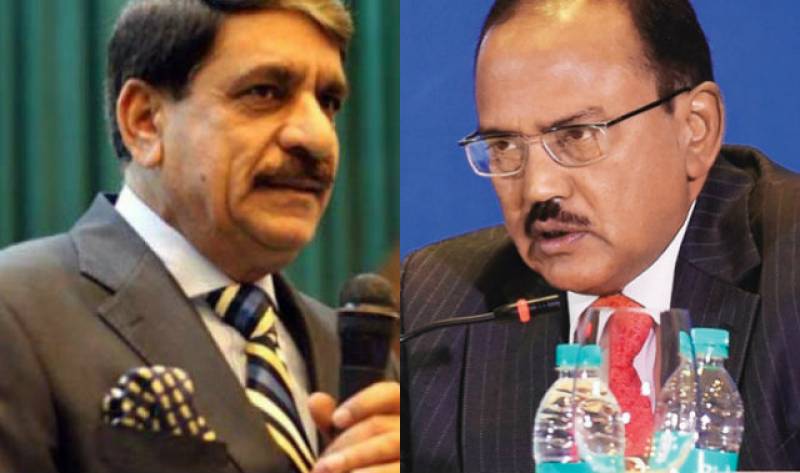 The Sunday Express reported that the December 26 meeting between Doval and Janjua took place at a ‘neutral venue’ in Bangkok, the capital of Thailand.

The report, quoting sources, stated that the date and venue of the meeting were pre-planned. Pakistani officials are yet to comment, officially or anonymously, on the meeting.

While there is no exact details of the topics raised in the meet, reports have apparently revealed that both sides discussed India-Pakistan relationship and the Kashmir issue involving mass deaths of defence forces over the past year.

This was not the first time a venue for India and Pakistan NSAs was set up in a third country. A similar meeting had taken place in Bangkok in 2015, followed by Prime Minister Narendra Modi's visit to Lahore in order to wish his then counterpart Nawaz Sharif on his birthday.

On December 28, Janjua held a five-hour long meeting with former prime minister Nawaz Sharif at his Jati Umra residence. Sources said matters of national security were discussed during the meeting. However, the PML-N government denies any meeting between the NSA and the ousted PM.

Earlier, on December 18, at a seminar in Islamabad, Janjua had said the United States is following the Indian policy on the longstanding Kashmir dispute. He had said further that the US has given India a role in Afghanistan’s political process, giving New Delhi priority over Islamabad.

The Indian media report stated that the latest meeting, said to have lasted over two hours, saw a discussion on the situation along the Line of Control (LoC) in Kashmir.

The Pakistan Army, in a recent press conference, said India increased its ceasefire violations across the LoC in 2017.

NEW DELHI - An Indian army major and three soldiers were killed while two others were wounded on Saturday after  ...

“52 civilians were martyred and 254 injured [in the 1,813 violations],” army spokesperson Maj Gen Asif Ghafoor had said.