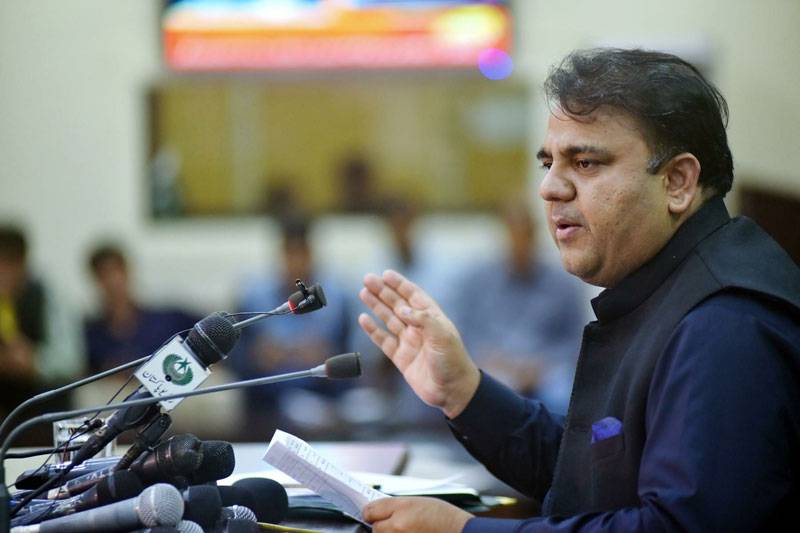 ISLAMABAD - Federal Minister for Information and Broadcasting Chaudhry Fawad Hussain Sunday said neither governor rule was being imposed in Sindh nor the 18th amendment was being abolished.

In an interview to a private TV channel, the minister said Pakistan People’s Party should replace someone else with Murad Ali Shah as the chief minister because his name appeared in the JIT report on fake bank accounts case.

The lawmaker said all the allegations against Asif Ali Zardari were documented, adding the PPP and PML-N should support the transparent investigation in this regard.

He said it was the Pakistan Tehreek-e-Insaf government's morality that its two sitting ministers had resigned after their names appeared in National Accountability Bureau (NAB).

Fawad Chaudhary said politics of Asif Ali zardari and Muhammad Nawaz Sharif had ended now and they had contested their last election.

The comments came after Sindh Governor, Imran Ismail equated horse-trading with corruption and affirmed that the ruling party was not involved in any such development.

Ismail said he had made efforts to work with Chief Minister Sindh Syed Murad Ali Shah but latter’s attitude was not encouraging, adding the chief minister should resign morally after his name was mentioned in the JIT report on money laundering.