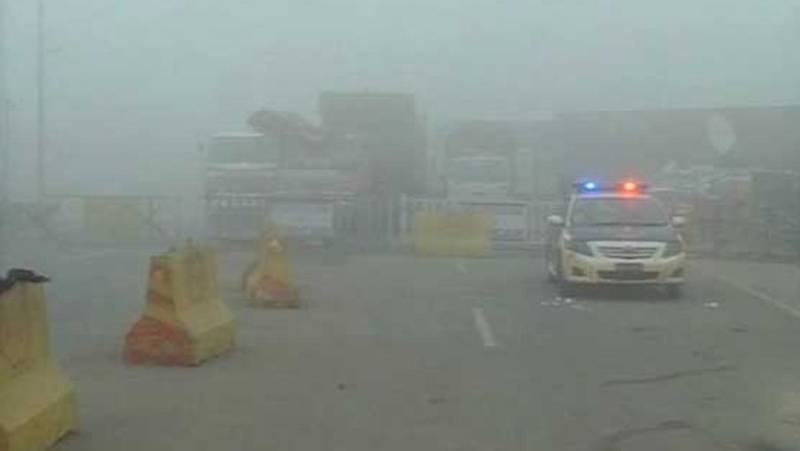 LAHORE - Motorway from Lahore to Kot Momen and from Khanewal to Multan has been closed for traffic due to dense fog, informed Motorway police spokesman Syed Imran Ahmad while talking to Daily Pakistan here on Monday.

"There is also fog in Swabi and Charsadda and from Pindi Bhatian to Gojra on the motorway and from Lahore to Mian Channu on the National Highway, he added.

Just in: South Zone is all clear of fog now.

People have been asked to avoid unnecessary traveling while the drivers have been directed to use fog lights during foggy conditions.

#Motorway from Lahore to Kot Momen & Khanewal to Multan closed for traffic due to dense #fog https://t.co/fShzZQzmEN #weather, #winter pic.twitter.com/yAgdK0ijNL

The Pakistan Meteorological Department says rain is expected on Tuesday and Wednesday will reduce the intensity of the fog. It says the dry weather is likely to be reduced.

The temperature in Lahore has dropped to five degrees centigrade.

Fog and motorway is closed. pic.twitter.com/klioU4ZmOM

It had said that it would snow in Gilgit-Baltistan and Kashmir and other mountainous regions.

However, it says the rain will not reduce the cold. It will remain cold in the country for a while longer. The fog will also remain but the rain will reduce its intensity.

The police also want people to use fog lights and call their helpline if they encounter any issues.