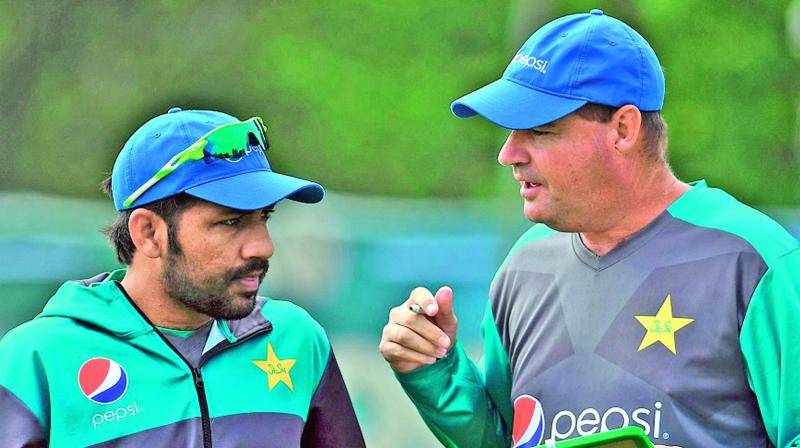 Sarfraz Ahmad in a message shared by the Pakistan Cricket Board (PCB) said, “It has been a long year in which there have been some exceptional and some ordinary performances. Overall, I think we have done well, but I accept we could have had better results had we shown a little more consistency.”

He further said the overall performance of Pakistan Cricket team in the outgoing year 2018 was reflected satisfactory and there is a need to improve it.

Head Coach of Pakistan team, Mickey Arthur was agreed with the capital Sarfraz Ahmad and said, “The Lord’s victory over England, a 1-0 series win over Australia and world record 17 T20I victories were obviously the highlights of the year. But we could have also won the series against New Zealand and the Centurion Test and it hurts to end up on the losing side.

“This is a side in transition and has shown considerable improvement in the past 12 months. I am convinced that the best from this outstanding young group of players is yet to come.”

It is pertinent to mention here that in year 2018, Pakistan Cricket team played nine Tests, winning four and losing four, while they won eight of the 18 ODIs, with the series decider against New Zealand being washed-out after they had set the Kiwis a 280-run victory target.

In the shortest format, Pakistan won a world record 17 out of 19 matches, including victories in the Zimbabwe tri-series and series wins over Australia and New Zealand both home and away.

In the ICC rankings, Pakistan remained in the seventh position in the Test table but gained four points to rise to 92 points, while they moved up one place to fifth in the ODI rankings. In T20Is, Pakistan reclaimed the top spot from New Zealand and finished in number one position on 138 points after collecting 14 points during the year.