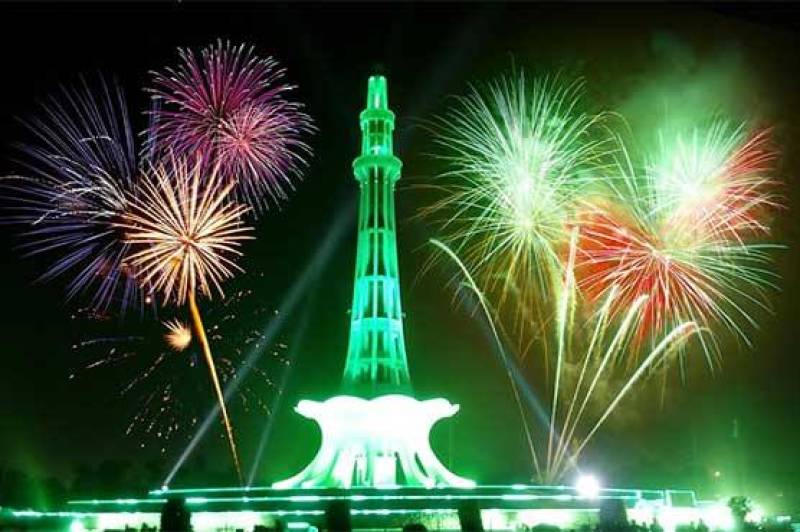 ISLAMABAD – Pakistan is set to mark the arrival of New Year 2019 amid heavy security measures across the country.

A high alert is placed in Islamabad Capital Territory (ICT) on the eve of New Year, and a ban has been imposed on one wheeling and display of weapons. All entrance and exit of Islamabad will be checked on New Year Night while all sensitive areas and markets will be under extra security.

Throughout the Islamabad district, 1,000 police personnel and officers have been deputed on security. Special Check Posts have been erected and no vehicles and motorcycles with documents are being allowed to enter Islamabad.

Meanwhile the Rawalpindi police has also decided to deploy as many as 4,000 armed policemen across the City to maintain security on New Year’s Eve. Likewise, one wheeling and other stunts have also been banned in Rawalpindi City for the night.

According to the security plan, no one would be allowed to indulge in hooliganism, aerial firing and one-wheeling on New Year’s Eve and strict action would be taken against violators.

All thoroughfares would be scanned and monitored continuously, adding that Dolphin Squad along with PRU would conduct patrolling at all important roads, shopping areas, parks and recreational places of the city. Additional contingents of police would also be deployed at different parks and main recreational points to cope with any untoward situation.

The CTP has put in place special traffic arrangements at Jail Road, The Mall, Canal Road, Ferozpur Road, Allama Iqbal Road, Maulana Shaukat Ali Road, Barki Road and Main Boulevard. More than 70 contingents of CTP along with heavy bikes would be deployed on these roads.

In Multan, as many as 909 police officials would perform security duty on new year night (tonight) to avoid any untoward incident.

According to the security plan issued by City Police Officer (CPO) Munir Masood Marth on Monday, four Sps, 11 DSPs, 12 Inspectors, 140 Sub-Inspectors and Assistant Sub-Inspectors and 742 constables would perform security duty. The police stations have also been directed to ensure patrolling of all vehicles while 10 mobiles of Elite force would also remain on patrolling duty.

38 squad of Dolphin force and Muhafiz Squad would also be deployed on patrolling duty while four reserves would remain alert at police line in order to deal any emergency like situation. Extra police personnel have also been deployed at churches of the city.

The Sindh government on Monday imposed a ban on pillion riding and display of arms in Karachi with immediate effect to avoid any untoward incident on the New Year’s Eve, however, Chief Minister Murad Ali Shah later withdrew the notification issued in this regard.

The provincial government said that for the first time it will organise a fireworks show at the sea view. It also confirmed that all routes in the city will remain open for traffic for New Year's eve, saying the citizens were free to celebrate but responsibly.

A Sindh Rangers spokesperson said that the paramilitary has finalised security arrangements for New Year's eve tonight, under which it has increased the number of the patrolling teams for snap checking.

The spokesperson said that there will be a complete ban on aerial firing and display of weapons. The paramilitary force warned of strict against against violators of law and order.