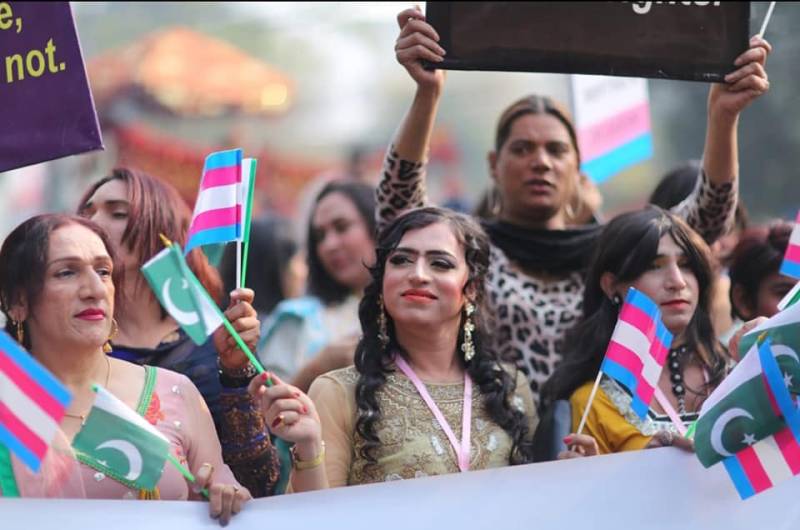 2018 has been a very fruitful year for the Transgender Community of Pakistan in terms of recognition of Trans Rights and sensitization.

Ms. Jannat Ali (Program Director Saathi Foundation) led the pride march. According to her, this is just a small appreciation to those who have worked hard for the rights of transgenders, and also, it is to remember those transgender people who lost their lives in hate or discriminatory crimes.

The event kicked off with a press conference by the activists leading the march. The march itself attracted a big crowd, as they took to the streets through the second most populous Pakistani city.

People held signs in support of the community and waved flags, as people on the street looked on.

PESHAWAR - The Khyber Pakhtunkhwa government on Monday issued driving licences to 15 transgender persons for the first ...

Lesbian, gay, bisexual, and transgender (LGBT) rights in Pakistan are considered taboo. Even in large cities, gays and lesbians have to be highly discreet about their sexual orientation. Pakistani law prescribes criminal penalties for same-sex sexual acts.

The Pakistan Penal Code of 1860, originally developed under colonialism, punishes sodomy with a possible prison sentence and has other provisions that impact the human rights of LGBT Pakistanis, under the guise of protecting public morality and order.

Despite being a legal offense, acts of homosexuality are not uniformly prosecuted in the country. Is this a step towards a free spirit Pakistan?

What are your views on this? Lets us know in the comments below.