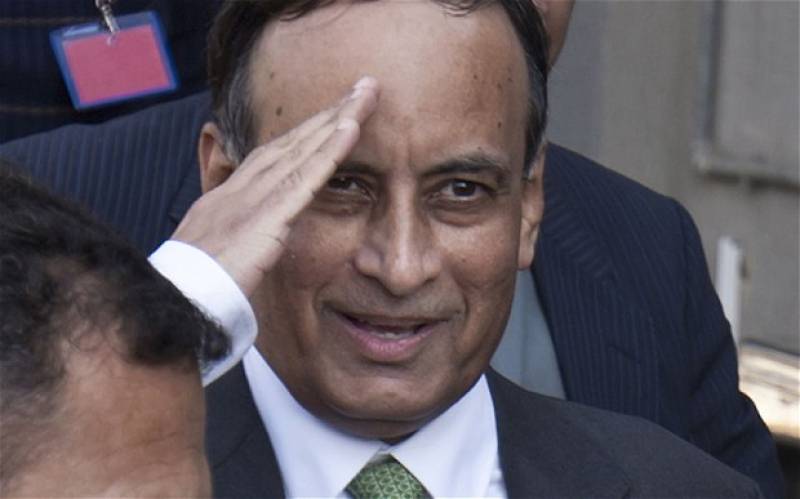 ISLAMABAD – The Supreme Court of Pakistan Monday accepted request of Ahmer Bilal Soofi, an amicus curiae to hold in-camera proceedings of the case in-connection with the Memogate scandal.

The chief justice asked regarding the development on former envoy to USA Hussain Haqqani’s return to the country.

Soofi, responded that the developments had been made, however, he would inform the court in an in-camera hearing due to sensitivity of the case.

The court accepted the amicus’ application to hold an in-camera proceedings in the case and adjourned the hearing for an indefinite period.

The apex court in February issued warrants for the arrest of former ambassador to the United States Hussain Haqqani in the Memogate case.

Additional Attorney General Waqar Rana had submitted a report suggesting ways for bringing Haqqani back to the country. He informed that American authorities had also been contacted in this regard.

Federal Investigation Agency Director General Bashir Memon had also informed the court that, a request had also been sent to Interpol regarding the issuance of Haqqani's red warrant.

Haqqani was implicated in the Memogate case - a memo delivered to Admiral Mike Mullen through Mansoor Ijaz.