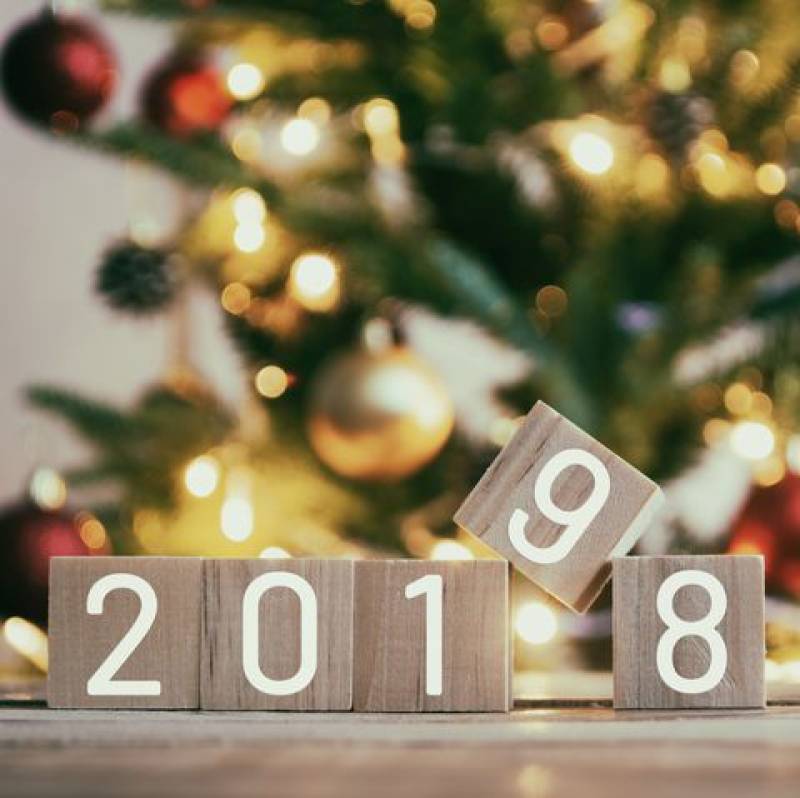 The outgoing year 2018 will be remembered as a year when the concept of ‘amazing’ got super-inflated - inflated in the magnificent sense - both nationally and internationally.

Pakistan clearly is the winner in global contest of ‘who rules the world with unparalleled charms and feats’. We amazed ourselves and others in equal terms in all aspect of collective festivity. More importantly, in this contest, we beat the super heavy-weights like Mr. Trump of the USA with hands down. The other contestants from India, UK, KSA, and Korea also ran. They were miles behind the USA, who was hundreds of miles behind Pakistan.

It proves two things. One, leaders matter more than those they lead. Two, when all the key institutions of a country waltz in synch, the impact is amazing and stupefying. Imran Khan stood taller than we all (including himself) thought in comparison to other captains in the contest, viz.Trump, Modi, MBS, Theresa May, and Kim of Korea.

MBS put his money on our Kaptaan too, and that too to the tune of $3 billion. How amazing! Trump and Modi were the only two captains who dared to challenge Kaptaan head-on but stepped back with more headache than they thought they would inflict.

Let us now have a quick look at what sort of gimmicks others tried, and what amazing sorcery was demonstrated by Kaptaan and his harmonious eleven. MBS of KSA started his act with social and political reforms at home and then clamped down on those who were advocating those reforms. He executed, quite amateurishly, a nill-planned silencing of poor Mr. Khashogi. As his ghost came to haunt, MBS backed off from the contest.

Kim of Korea did a couple of caveats with his South Korean counterpart, which were pleasing. But the credit of his other big act, a hug with Mr. Trump, goes to the latter. Ms. May’s Brexit play was more like a street theatre where others influence the story, its script and the sequence of the play more than the lead actors and director. While pursuing a Great Deal, she almost seems heading to No Deal.

On this, they say in Punjabi; Khaya Pya kuch nahin, glass torra, 12 aane. Pls don’task google to translate. Ask a friend instead from times when PKR’s denominations had purchasing power.

Mr. Modi opted to play on the front foot with Kaptaan, and tried a couple of quickies but his own teammates did not respond to his calls. When he thought he had Kaptan cornered, Navjot Sidhu surprised him at Kartarpur corridor, and Congress got his three prized political wicket by defeating BJP in the key states.

It looks like Mr. Modi’s match is up in 2019, while our Kaptaan is all set to rise and sustainably shine till the New US President is also settled in in 2020. This is called killing two bad birds just by showing one stone that will never be thrown! Mr. Trump demonstrated several, admittedly amazing acrobats.

The last being sudden pullout from Syria, and most amazing was his date with the Kim of Korea. Though Mr. Trump is a runner-up, basically on merit, but also because this Umpire, yours truly, judging this contest is a Pakistani. Let’s give him a big hand for playing so well and entertaining the world so much, so vehemently, and with such a religious routine thought 2018.

Now, if you pretend you don’t know what made Pakistan the winner in this global contest, I must suspect your patriotism and all claims of knowing Pakistan. But, for the sake of old times, let me denote top five.

After continually passing through nazak morr (precarious turns) in the last 70 years, Pakistan is finally and successfully straightened on the highway of change and progress in 2018. You can call it the beginning of a new beginning. Two, we got undeniable proof how big and furious revenge democracy actually is. Three, justice in Pakistan is finally in abundant supply and extremely cheap. Four, Security Establishment is in amazing synch with the political government.

Last, but not the least, corruption is uprooted and all corrupt are either on ECL, or SBL – soon to be lynched. Aah 2018, thank you for being so kind and amazing to Pakistan. Please come again.