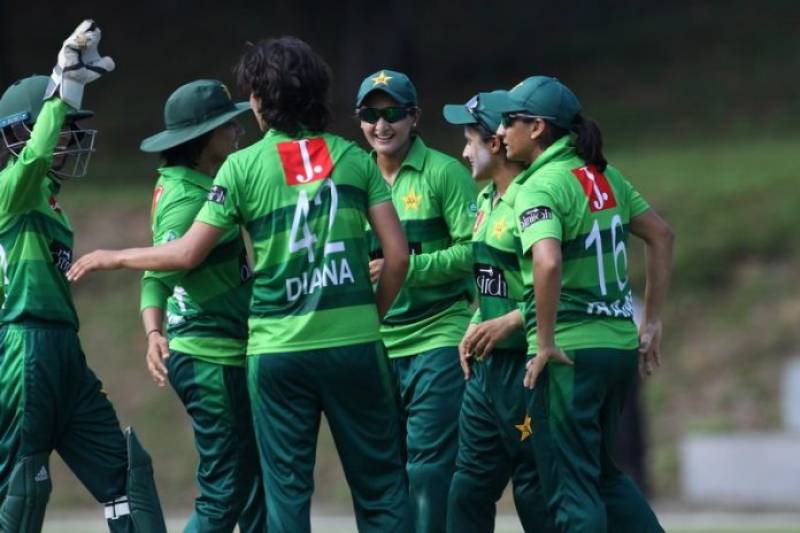 LAHORE - Women’s cricket in Pakistan continued to grow in 2019 and Pakistan's national women’s team reached new heights as the Pakistan Cricket Board undertook major initiatives to promote the game amongst young potential cricketers.

Pakistan reached the fourth spot in the 50-over ICC Women’s Championship after securing the astonishing series win against West Indies women earlier in the year and securing a 1-1 tie against South Africa in an away series.

Their year had started off by hosting West Indies in Karachi for a three-match series and later in the year Bangladesh women toured Lahore for three T20Is, which Pakistan won 3-0, and a two-match ODI series that ended in a draw.

Pakistan hosted England women in Malaysia for the seventh round fixtures of the ICC Women’s Championship and three T20Is. Though, the Bismah Maroof-led side lost both series, the team showed marked improvement in their performances in all three facets.

The PCB awarded better-paying and improved central contracts to women cricketers to narrow the gap between men and women cricketers. In a bid to take women’s cricket to every corner of the country, the PCB continued to expand the network of girl’s academies across the country, while organizing domestic tournaments regularly to gauge the talent pool.

The PCB, for the preparation of the ICC U19 Women’s T20 World Cup in 2021, staged Skills 2 Shine U18 Women’s Cricket T20 Championship and a pool of best performing 25 players is undergoing an academy programme in Karachi.

Pakistan national women’s team captain Bismah Maroof, while reviewing her side’s performances, said here on Tuesday: “Overall, it has been a very good year for women’s cricket in Pakistan.

Our year started off by hosting West Indies in Karachi for a T20I series. There were some nerves because we hadn’t played in our own country for a long time and we couldn’t put up a good show in the first T20I”.

“We sat as a group and discussed how important it is to put up good performances to enhance the profile of women’s cricket, which resulted in outstanding performances”, she said.

“The South Africa tour was a confidence booster for the whole side. We performed in both batting and bowling departments and tied the ODI series there”, she added.

“We hosted Bangladesh in Lahore and did brilliantly in that series. Our year concluded with the England series in which we did not put up a good show. But, we have shown a lot of improvement in this series.”, she said.

“And, that we are currently ranked fourth in ICC Women’s Championship is because of the hard work our team has put in, she asserted. “We play T20 World Cup next year and we are hopeful that we will be able to end in top four.”, she further added.

Asmavia Iqbal, member national women’s selection committee, said, “There have been a lot of positives both on and off the field in women’s cricket this year.

The PCB has undertaken many development programmes and the team has also shown marked improvement in performances.

“The zonal academies have started to function regularly because of which our girls are practicing round the clock. The girls now have separate facilities where they are getting nurtured under top coaches and undergo the training the same as the Pakistan national women’s team, which has enhanced the skill-level of our up-and-coming cricketers. This was missing when I started off as a player”.

“The PCB organized a U18 tournament and our emerging team recently featured in the Asia Cup. We have had domestic tournaments organized on a regular basis this year. This has played a crucial role in developing game-awareness amongst girls. Many girls have made international debuts this year.”