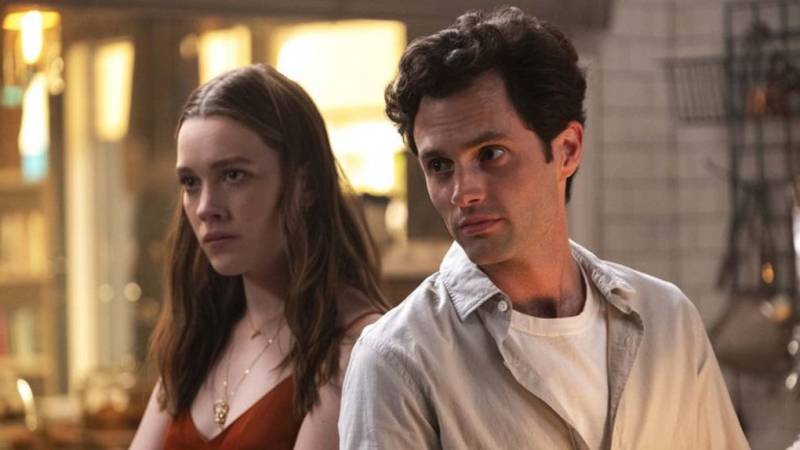 You Season 2 dropped on Netflix right before the weekend and after a marathon binge watch, we’re already asking will there be another season of You?

All thanks to Penn Badgley himself, who accidentally gave away a big secret about You Season 3 in an interview—giving us further proof that Joe and Love’s, ahem, love story hasn't reached its final destination.

In an interview with Entertainment Tonight, Gossip Girl star and Penn Badgley aka creepy Joe accidentally spilled that the audience will be seeing more of his contemplative murderer in the future. Oopsy!

He then trailed off before dropping this nugget, “you know, dare I say, in the third season—oh, god.” Attempting to backtrack, Badgley quickly said, “I literally know nothing about the third season.” Doesn't look like it Goldberg!

The end of the second season saw Love telling Joe that she was expecting his baby and they shifted to the suburbs of Los Angeles.

However, just as they were moving into their new home, Joe’s new neighbour caught his attention and it seems he has a new victim in his sights. But who is the neighbour and what does are Joe's plans for them?

There is no official air date for the third season but considering the release of the previous two, we can expect it to arrive in Fall 2020. Can't wait!

Are you also a fan of YOU? Let us know in the comments section below and stay tuned for more!