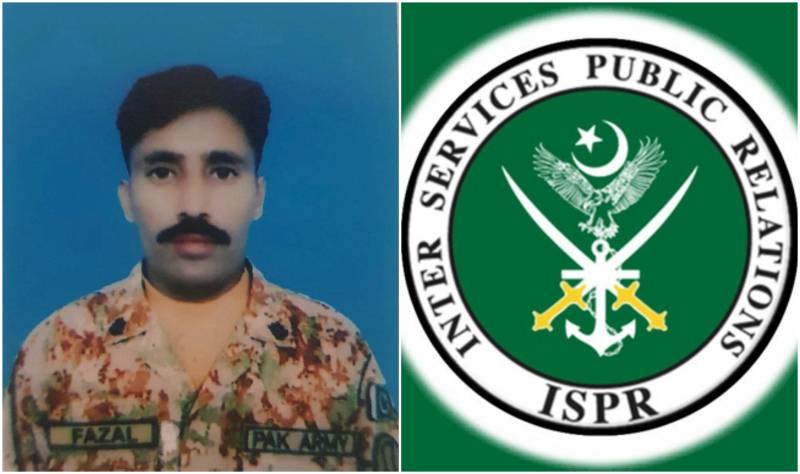 RAWALPINDI – A Pakistan Army soldier has embraced martyrdom as Indian troops committed an unprovoked ceasefire violation in Khui Ratta along the Line of Control (LoC).

Reports of heavy losses to Indian troops in men and material were received. During the intense exchange of fire, a 35-year-old Sepoy Fazal Elahi embraced martyrdom.

The Indian army also committed the violation near Phalni Bazar of the LoC which injured a 34-year-old citizen.

Pakistan Army responded in a befitting manner against the Indian violence, causing huge losses to the enemy.

Pakistan Army also shot down an Indian quadcopter drone at the Tatta Pani sector, it became the 16th Indian drone shot down by the Pakistani forces along the LoC during 2020, ISPR added.

RAWALPINDI – At least seven Frontier Corps personnel were martyred in an attack over their check post located ...