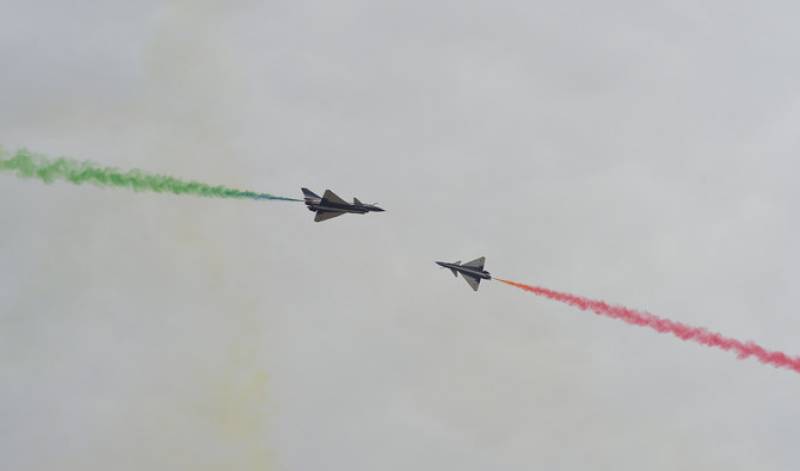 The statement put to rest longtime rumours of Islamabad having purchased the planes from its longtime ally.

The Pakistan Day parade is held on March 23 every year to commemorate the Lahore Resolution, which was adopted on the same day in 1940 and laid the foundation for a Muslim-majority state in South Asia.

“VIP guests are coming [to attend the 23rd March ceremony],” Ahmed told reporters this week. “For the first time in Pakistan, the fly-past ceremony of JS-10 (J-10C) is being held. In response to Rafale, Pakistan Air Force is going to perform a fly-past with Chinese JS-10 planes. This is in response to Rafale, a complete squadron of JS-10 (J-10C) aircraft will fly-past.”

He was referring to arch-rival India’s purchase of French-made Rafale combat jets, which employ dual-capable systems that can be modified as nuclear weapon delivery platforms.

In 2016, India signed a deal to buy 36 Rafale fighter jets from France for around $8.7 billion, the country’s first major acquisition of combat planes in two decades and a boost for Prime Minister Narendra Modi’s plan to rebuild an aging fleet.

At the time, the Indian air force was down to 33 squadrons, against its requirement of 45 to face both China, with which it has a festering border dispute, and nuclear-armed rival Pakistan. India has so far received 26 of the 36 planes.

ISLAMABAD: Pakistan armed forces exhibited their might in the Pakistan Day parade which was held at the Shakarparian ...