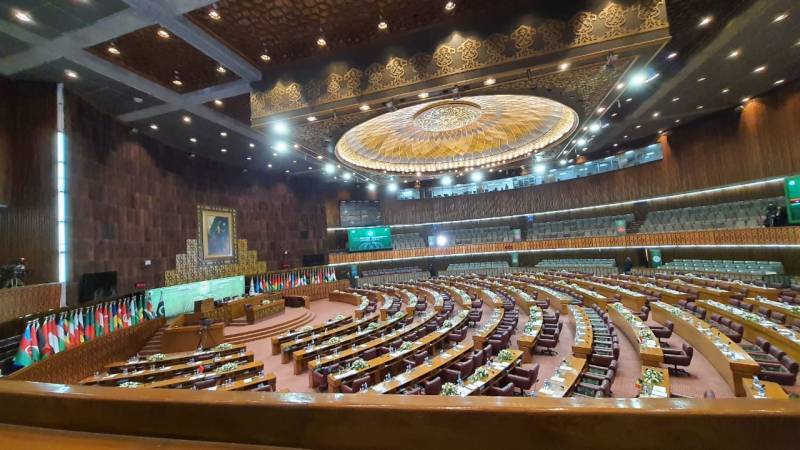 ISLAMABAD — Pakistan, which is known for its vital geographic location in the world, remained one of the most talked-about countries on the international news forums in 2021, sometimes for the right and sometimes wrong reasons.

From gruesome murders to assault of women, and then huge diplomatic achievements to historic victories in sports, all these events kept people glued to their television and computer screens.

As the last sun of the year has already gone down, here is a brief overview of the top news moments that happened in Pakistan in 2021.

OIC Summit in Islamabad After 41 Years

On December 19, Pakistan hosted the 17th Extraordinary Session of OIC’s Council of Foreign Ministers on Afghanistan, called by Saudi Arabia, in Islamabad. The purpose of the summit was to rally Muslims and other countries and international institutions to the aid of Afghanistan, which is facing a humanitarian crisis.

In Pakistan’s Gwadar port city, hundreds of people staged a month-long protest against the government for not doing enough to prevent “illegal trawling” in the Arabian Sea. The protesters were of the view that the practice was depriving local residents of a major livelihood source.

According to the protesters, over 2,000 trawlers from the neighbouring province of Sindh have been regularly operating near the Gwadar seashore, though the provincial administration has not done enough to stop the practice.

Gwadar has been central to the multi-billion-dollar China-Pakistan Economic Corridor (CPEC), which promises to secure the economic well-being of the people by enhancing regional trade and connectivity.

The protesters later called off the sit-in in December after Balochistan Chief Minister Abdul Quddus Bizenjo visited the protest site and signed an agreement that acknowledged the government’s willingness to meet their demands.

Yousafzai, who survived an attempt on her life in 2012 by a Taliban gunman in her native town of Swat, shared the pictures of the event across her official social media accounts. Her announcement on Twitter and Instagram collectively amassed over 650,000 likes, with many celebrities and notable names sending her best wishes on her big day.

“Congratulations, Malala and Asser,” Canadian Prime Minister Justin Trudeau wrote under Yousafzai’s announcement. “Sophie and I hope you enjoyed your special day – we’re wishing you a lifetime of happiness together.”

Priyantha Kumara, who worked as a manager at a factory in the city of Sialkot, was attacked and killed by a mob on December 3.

The crowd also publicly burned his body over what police said were accusations he desecrated religious posters.

Blasphemy is considered a deeply sensitive issue in Pakistan and carries the death penalty. International and domestic rights groups say accusations of blasphemy have often been used to intimidate religious minorities and settle personal scores.

On August 14, when Pakistanis were celebrating the Independence Day, a young woman TikToker, Ayesha Akram, was assaulted by a mob comprising hundreds of men at the Minar-e-Pakistan monument in Lahore. The incident caused a major public outcry.

Videos circulating on social media showed people tearing the clothes of the woman who was there to shoot a TikTok video. Police initially registered a case against 400 men and about 104 suspects were arrested.

The incident took a number of dramatic turns when Akram’s audio message with her friend, Amir Sohail also known as Rambo, surfaced on the Internet about the apparent extortion of money from the suspects.

The grisly murder of Noor Mukadam

The prime suspect, Zahir Jaffer, was arrested at the crime scene on the day of the murder. The horrifying details of the murder drew furor on the Internet and social media, with #JuticeforNoor, #NoorMukadam and #ZahirJaffer trending on top.

The murder trial that began in October is one of the most closely watched in Pakistan’s recent history. At his indictment hearing in October, Jaffer admitted he had committed the “crime.”

Others charged in the case include Jaffer’s parents, Zakir Jaffer and Asmat Adamjee, three of their household staff, Iftikhar, Jan Muhammad and Jameel, and six workers from Therapy Works, a counseling center from where Jaffer had received certification to become a therapist and where he had been receiving treatment in the weeks leading up to the murder.