Saulat Mirza was in contact with Altaf just before arrest: wife 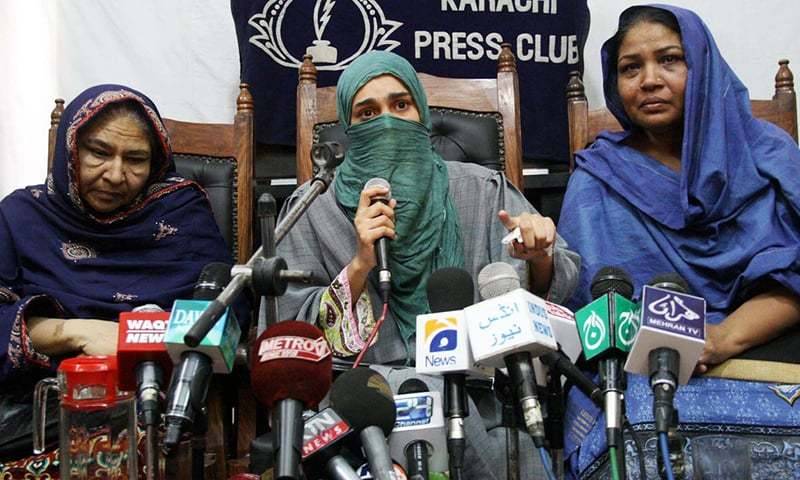 KARACHI (Web Desk) - In what is being said a startling revelation, the wife of death row inmate Saulat Mirza on Monday said her husband was in contact with Muttahida Qaumi Movement (MQM) chief Altaf Hussain just before his arrest by the authorities in Karachi.

The wife of the former MQM worker, in an exclusive talk with a private TV channel, said she visited the party headquarters, Nine-Zero, for the last time in the previous month (February). “Since then we were not even allowed to move beyond Mukka Chowk (a roundabout located about half-a-kilometre from Nine Zero),” she added.

She said MQM leader Farooq Sattar told her the party’s role in connection with Mirza’s case is over and ‘now you are on your own’.

She termed MQM's announcement of disowning Mirza as a 'big joke'.

“Had the party not disowned Saulat Mirza, he would not have opened his mouth,” she said, demanding that her husband’s statement be investigated.

She said her husband did not give the statement under duress.

“Why is it that the individual from whom the order (for assassination of MD KESC) came from is not being taken to task?” she expressed her shock.

She said there were four people involved in this case but they are not being apprehended. “Why aren’t they brought before the court,” she asked.

She further claimed that MQM leader Qamar Mansoor and Advocate Arif Khan continued to work very hard on Mirza’s case after his appeal was dismissed by the court.

MQM leader Dr Farooq Sattar said he would not expect Mirza’s wife to speak against her husband.

“Doesn’t the airing of Saulat's statement just a few hours before his execution smell of a conspiracy?” he asked.

He said there was nothing out-of-the-ordinary in the photos in which Mirza is accompanying other prisoners on the occasions of Altaf Hussan’s birthday and the founding day of MQM.

He asked Mirza’s wife as to why she failed to make any mention today of her press conference that she held on March 14.

Earlier today, President Mamnoon Hussain, put off for 30 more days the execution of Saulat, on the advice of Prime Minister Nawaz Sharif.