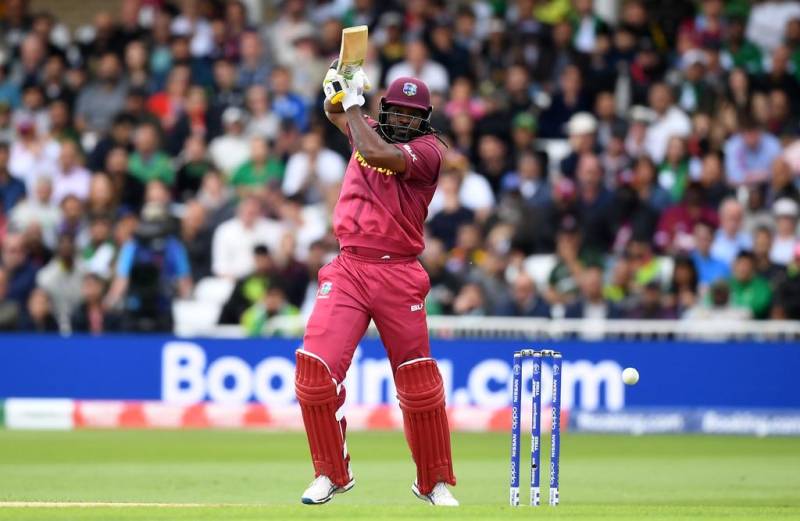 Pakistan were bowled out for just 105, with Oshane Thomas taking four wickets, before Chris Gayle smashed a quick-fire fifty as the West Indies romped home in just 13.4 overs.

West Indian fast bowler Oshane Thomas with his phenomenal 4-27 spell scripted a shambolic collapse of Pakistan batting line up as he played a vital role in sending the Champions Trophy winner packing on 105.

This is Pakistan's second-lowest score in the World Cup. The team's lowest score is 74 all out against England in 1992. Interestingly, this is also Pakistan lowest against the West Indies in all world cup matches - Previous was 160 in 2015.

Seam bowler Kemar Roach was left out of the West Indies line-up. "I don't think the conditions will change much," said West Indies captain Jason Holder.

"Hopefully we can use the overhead conditions to get some early wickets. We've had a good camp and got a lot out of our warm-up games."

Pakistan skipper Sarfaraz Ahmed said, "We wanted to bowl first because of the overcast conditions and a bit of moisture, but it will be a good batting pitch."

Trent Bridge has witnessed some high scoring games in the recent past. The boundaries are short here and the pitch is usually flat. It gets difficult for teams to defend totals here that’s why usually captains prefer to field first here in Nottingham.

Cloudly condition is expected for the most part of the match, with some sunny intervals in between. Rain is also expected to stay away, but the overcast conditions could make Gayle against Amir and Wahab Riaz an intriguing contest.