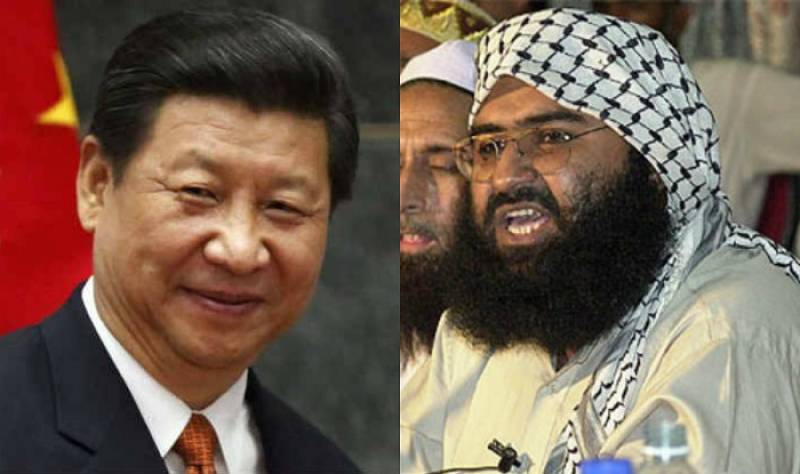 BEIJING - China signalled on Monday it would again block a US-backed resolution to sanction Jaish-e-Mohammed (JeM) chief Masood Azhar, saying there are “disagreements” among UN Security Council members on the move to declare him an international terrorist.

The foreign ministry cited lack of “solid proof” against Azhar, accused by India of masterminding the terror attack on Pathankot airbase last year, as the reason for its stance. It also said it backs Pakistan’s counter-terrorism efforts.

The ministry further said the Security Council is yet to reach consensus on the issue and more time is required to discuss the move to designate the head of the Jaish-e-Mohammed (JeM) as an international terrorist, which will come up at the UN later this week.

Explaining the reason behind China’s decision, foreign ministry spokesperson Hua Chunying told a regular news briefing: “As for the listing application by the relevant country, there are disagreements. China put the technical hold so as to allow for more time to deliberate on this matter. To our regret, the committee so far has yet to reach consensus.

Hua added, “We believe the committee should follow principles of objectivity, professionalism and fairness and reach decisions by consensus based on solid proof.”

The actions taken so far by China were meant to safeguard the authority and effectiveness of the 1267 committee. “It is in accordance with the resolution and rules of procedure of the committee. It shows our responsibility,” she said.

"Pakistan is a victim of terrorism"

Asked whether China was resisting the ban on account of its special ties with Islamabad, Ms. Hua said: “I can understand why you raised this question but cannot side with what you said. China always upholds the principle of objectivity and fairness and we judge this matter on its own merits.”

The spokeswoman stressed that Pakistan itself was a “victim of terrorism.”

“You mentioned Pakistan. Pakistan is also a victim of terrorism and we support Pakistan in countering terrorism in accordance with its own national conditions.”

China had repeatedly imposed a “technical hold” on India’s application for banning Azhar, who has been accused of masterminding last year’s attack on an Indian Air Force base. In January, the United States filed a fresh application, backed by Britain and France after India’s filing on Azhar’s listing had lapsed last year.